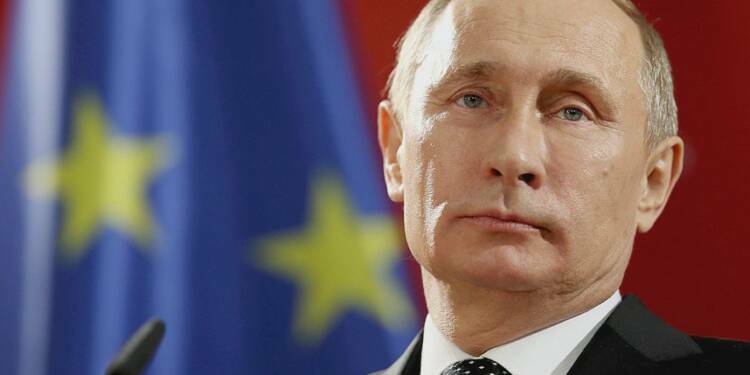 The peace deal between Azerbaijan and Armenia, which was brokered by Russia, is being celebrated in the streets of Turkey and Azerbaijan as a victory document. While the Armenians are angered and disappointed at their government as well as their friend Russia, all hope is not lost and the picture is not as obvious as it may seem. The entry solely of Russian Peace Keeping Forces is a testament to the larger game that Putin is playing. Putin has given advice which sounds like borderline diktats, as he told his Azeri counterpart to take care of Christian shrines and churches which will now fall under Azerbaijani territory.

The voluminous influx of Russian forces into the Nagorno-Karabakh region and the speed at which it happened makes it all the more obvious that Turkey and Azerbaijan have been played by Vladimir Putin and the victory celebration will be short-lived. Russia has taken over the situation, even if Armenians for the time being think that Russia has backstabbed them, Moscow has only taken the best possible route to save the lives of Armenians, that is, minimum damage and maximum impact. The peacekeeping forces have been stationed into the Nagorno-Karabakh region, and now the ball is in Russia’s court, whether it follows through with the agreement or makes it a Russian protectorate with garrisoning its troops within the territory.

The six weeks of intense fighting in the Nagorno-Karabakh ended with the Azerbaijan and Armenia signing the peace deal which was overseen and encouraged by Moscow. It was seen as an Azerbaijani and Turkish victory as the terms of the agreement recognise territories taken over by it from the region long controlled by ethnic Armenians. However, the agreement also mentioned bringing in the Russian peacekeeping forces, and this significant aspect was downplayed by the media all over the world. The significance is immense, and even a layman can understand that, by looking at the positioning of the peacekeeping forces in the map below which tells that 60% of territories ceded to Azerbaijan will be under Russian Peacekeeping forces’ control: 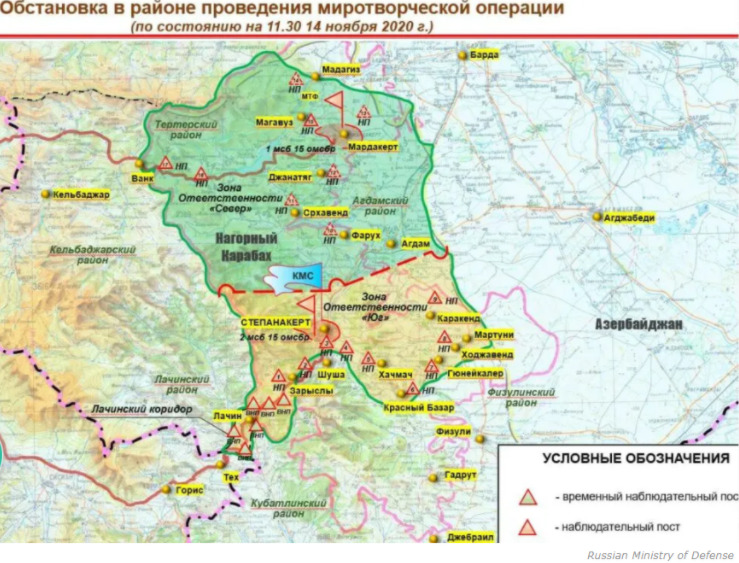 Although the pretext was the peaceful implementation of the terms of the agreement, the fact that Russia has been able to deploy its troops in the disputed region which was being fought over prepares a fertile ground for Russia to start dictating new terms of engagement for the two countries which were previously part of Soviet Russia in southern Caucuses.

TFI had earlier reported the reason behind Russia not actively engaging in the conflict from the Armenian side and rather taking a diplomatic position even at a time when Turkey was sending Jihadists and terrorists from Syria to fight for Azerbaijan and providing them military equipment. Russia knew that if it tried to act as it did in Ukraine and Crimea, it will be faced with intense US opposition given the possibility of a Democrat-led administration. Putin may have also considered that any Russian adventure will lead to escalation and if that happens, the world’s anger will shift away from China, which will be a disaster for Moscow’s realpolitik policies.

Read more: Russia and Armenia sign a ‘painful’ peace deal instead of beating Turkey and the US election is to blame.

The Russians have tried to indirectly help the Armenians, by time and again calling for a ceasefire, sending arms and ammunition via Iran as well as providing help with strategising, but it was not enough in the face of direct military and tactical support from Turkey. In addition to this, the Iranian supply lines did not last long, as the Azeri-Iranian population forced the hand of Tehran to suppress their support of Armenia and watch the things unfold from the sidelines.

Read more: Iran will soon have no choice but to help a Christian Armenia in its war against Turkey and Azerbaijan.

Turkey has been trying to place its forces alongside Russia’s, as it is able to gauge the possibility of Putin doing a Crimea on them. However, the Russian presidency spokesperson, Dmitri Peskov, has denied the Turkish claims and pointed out that no term in the signed agreement has been established to allow the deployment of Ankara’s troops.

This is a masterstroke! With Russia the sole coordinator of the peace deal, Moscow has again shown its supremacy in the previous Soviet territories and made sure that no outside country can practise influence in Russian backwaters.

Even in the face of all the adversities, it would be childish to think that Putin will let other countries like Turkey have their way. Russia under Putin cannot and will not accept any loss on its hand, even if it is perceptional. If Ukraine and Crimea are testaments, then the most distinct and consistent qualities of Vladimir Putin are decisive actions, unpredictability and wit. The combination of all the qualities coupled with how things are panning makes a solid case for another checkmate by Putin against Azeri-Turkish designs.

The Russian actions ooze confidence and tell that it has not backstabbed Armenia but it has played Azerbaijan and Turkey with the highest class of diplomacy and totally overpowered them through its impeccable stratagem. So, one must not be surprised in the coming days if things turnout against the ones who are celebrating victory. One is at its most vulnerable when it is in a false sense of victory and this is the exact moment when predators love to hunt.