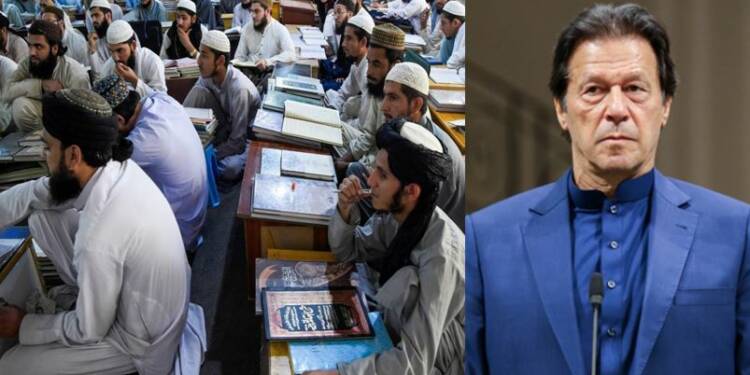 The fact that Pakistan is a terrorist state where notorious extremist elements are bred and raised under the tutelage of government and the army is universally accepted. But what may come as a surprise shocker to you is the fact that there is a fully-fledged university in Pakistan built solely with the purpose to spread the menace of Jihad.

The Darul Uloom Haqqania University located in Akora Khattak, about 60 kilometres (35 miles) east of Peshawar–more colloquially referred to as “University of Jihad”–has churned thousands of terrorists since its inception including the founder of the Taliban and Haqqani network. About 4000 Jihadis reside at a time in the campus and are provided free clothing, shelter and food. Indoctrination and radicalization continue unchecked and unabated in the seminary, with the attendees systematically brainwashed into waging war against the foreign troops.

Although it was founded in 1947, the university gained prominence in the 1980s when both Pakistan and U.S. intelligence officials used it to recruit and nurture rebels who resisted the Soviet invasion of Afghanistan.

“Russia was broken into pieces by the students and graduates of DarulUloomHaqqania and America was also sent packing,” MaulanaYousaf Shah, a known cleric of the University was quoted as telling the news agency AFP

After the former Soviet Union withdrew from Afghanistan in the late 1980s, the seminary maintained its ties to Taliban leaders who took control of Kabul in the mid-1990s.

Later, after the United States helped oust the Taliban government from power in 2001, the seminary produced scores of insurgents who are still fighting Afghanistan’s US-backed government.

Despite facing pushback from international governments, the infamous seminary has enjoyed state support in Pakistan, where mainstream political parties are heavily boosted by links with religious factions. This month, Darul Uloom Haqqania’s leaders boasted of backing the Taliban insurgency in Afghanistan in a video posted online — outraging the Kabul government, which is battling a surge in violence across the county as the US prepares to withdraw troops.

It is alleged that the suicide bomber who assassinated former Pakistan PM Benazir Bhutto was a graduate of the Haqqania University.

The seminary’s former leader Sami-ul-Haqin the past had boasted of advising the Taliban’s founder Mullah Omar. Unfortunately, the venom that Sami instilled in the mind of the Pakistani youths ultimately led to his own doom as well. In November 2018, terrorists assassinated Haq by stabbing him multiple times.

According to a Washington Post report, Pakistan’s Khyber Pakhtunkhwa provincial government had given$3 million in grants to the seminary and called that it was needed to keep one of the world’s most controversial Islamic seminaries operational.

Former cricketer turned clown politician Imran Khan, the current Prime Minister of Pakistan has openly supported the University and the liberals here in India who are fooled by the narrative that Khan is battling terrorism on his soil should have a good, hard look at his statements.

According to a report in Pakistani news portal Dawn–in 2018, Khan had supported the financial assistance extended to the Islamic seminary and claimed that the monetary aid would help the seminary students to assimilate in the Pakistani society by bringing them into the mainstream and keep them away from radicalization.

Pakistan is a factory that churns Terrorists and Jihadis with utmost precision and until and unless such universities continue to operate from its soil–the world will continue to suffer from the menace of Islamic terrorism.