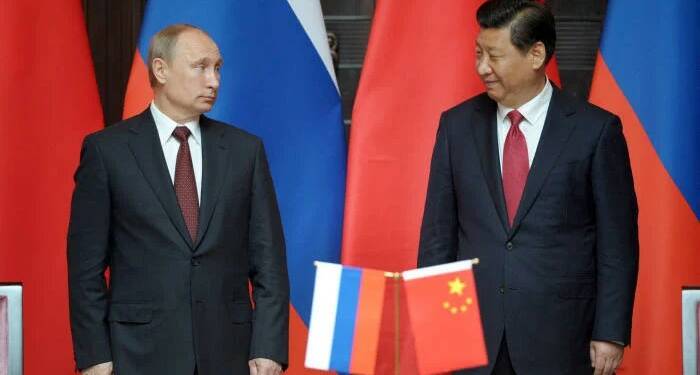 As China is turning increasingly belligerent and aggressive, some of the biggest global powers are focusing their energies on the Indo-Pacific region. However, Russian President Vladimir Putin is muscling his way into the African Continent. Until now China was looking to colonize the resource-rich Continent but growing Russian interests in Africa is directly undermining China’s extensive influence.

Russia is increasing its influence in Africa through its military presence in the resource-rich and conflict-ridden African Continent. Russian militias or private military contractors (PMCs) are scattered in different parts of the African Continent which help the Kremlin secure its security interests in the region. Russia has also been building military bases in Africa, apart from finalising military cooperation agreements with different African countries. All such developments have led to a palpable rise in Russian influence within Africa at China’s expense.

Over the past few months, increasing Russian influence has been clearly visible in countries that were once seen as becoming a part of China’s exclusive sphere of influence. Take Sudan for instance. For the past two decades, China has been gradually taking control of Sudan’s entire economy.

Beijing was gaining predatory control of Sudan’s rich oil resources and it seemed that the paper Dragon would succeed in its sinister plans as far as Khartoum is concerned. But Russia recently disclosed a draft agreement with Sudan to establish a naval logistics base on the Sudanese coast in the Red Sea.

Moscow is securing its own interests in Sudan by overwhelming Beijing’s towering presence in the conflict-ridden country.

A similar turnaround had happened in Mali not so long ago, when two Malian Armed Forces Colonels- Malick Diaw and Sadio Camara, led a coup in the country allegedly with Russian support. The military coup had come as a bolt from the blue for Beijing and became a major setback for Chinese President Xi Jinping’s Belt and Road Initiative (BRI) ambitions in the West African countries.

Putin calls Xi Jinping his friend, but in Africa, the Russian President is eating into Chinese influence unapologetically. Putin has some really ambitious plans up his sleeves for Africa. Earlier this year, German daily Bild had cited a German Foreign Ministry report, suggesting that Moscow was looking to ramp up its military cooperation with African countries as a part of its new Africa strategy. It also disclosed that Russia was looking ahead to build bases in six African countries.

These six countries where Russia is said to be “contractually assured,” of being “allowed to build military bases” are the Central African Republic, Egypt, Eritrea, Madagascar, Mozambique, and Sudan. The classified German document on “Russia’s new ambitions in Africa” claimed that Putin had made Africa a top priority. The leaked document also revealed, “Since 2015, Russia has concluded military cooperation agreements with 21 countries in Africa.”

The German report seems to be getting corroborated given that Russia is actually going to establish a naval logistics base in Sudan. Other than these countries, Russian officials are also believed to be eyeing a port of Berbera as a location for their base on the coast of self-declared State of Somaliland within Somalia on the Gulf of Aden. It must be kept in mind that Somaliland itself has established diplomatic ties with Taiwan.

Russian presence in Somaliland can really irk Beijing, as it would tend to dilute the “One China” policy. Russian influence in Africa is directly at loggerheads with Chinese interests in the Continent. Moscow is therefore looking to snatch Africa from Jinping’s talons, even as the rest of the world focuses its energies on the Indo-Pacific.