Chinese cities are collapsing, thanks to CCP’s flawed model of development

Tianjin is the latest example 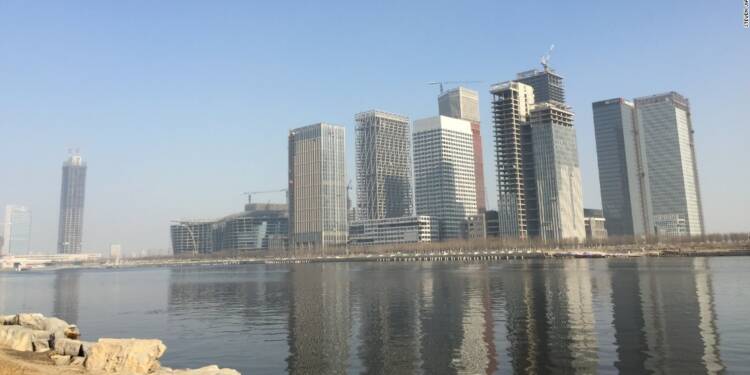 China’s cities are dying, or even worse, coming into being as stillborn babies. Ordos Kangbashi, the world’s biggest ghost city is also located in China. Across China, there are hundreds of cities that have everything that a modern township needs- high rise apartments, skyscrapers, developed waterfronts and in the case of Tianducheng, China, even a miniature Eiffel Tower. But only one thing is missing in these townspeople.

These towns developed by the Chinese State have failed to achieve their purpose. The latest case of a Tianjin, one of China’s four municipalities, might tell us why China’s supposedly modern cities are becoming burdensome ghost towns. Tianjin is, of course, not a ghost town. But the reasons of its failure are not very different from that of the Chinese ghost cities.

As per an SCMP report, the much-hyped Tianjin is expected to drop out of China’s top 10 cities, in terms of economic size for the first time since records began. But why is Tianjin, a metropolis of 15.6 million people suddenly losing relevance on China’s economic map? Well, there is nothing to blame but China’s state-led city development model.

Chinese cities do not develop naturally. China intends to create and expand cities, and then translocate upto 300 million citizens into these cities. An artificial city boom of sorts has been created. Photographer Kai Caemmerer told Business Insider, “Unlike in the US, where cities often begin as small developments and grow in accordance to the local industries, these new Chinese cities are built to the point of near completion before introducing people.”

Sounds like a brilliant plan? It could have been, except that China’s citizens did not really move into these cities. Take the example of Tianjin. The city has not developed organically. In 2008, China launched a massive stimulus plan to offset the impact of the global financial crisis. Tianjin itself was made a poster child for rapid economic growth.

But, of course, there was no demand amidst a global financial crisis to fuel Tianjin’s growth. So, Chinese State-owned enterprises and State Banks injected a plethora of debt into this city. Between 2010 and 2012 Tianjin did grow at a breakneck speed powered by a skyscrapers-building spree.

However, now the perils of debt-powered fake booms are becoming clear. Amanda Du, a senior analyst with rating agency Moody’s said that Tianjin’s debt-to-GDP ratio could rise to 40 per cent this year, making it one of the top five indebted Chinese cities.

Tianjin simply doesn’t have the demand to match the amount of debt that has been injected into it by the Chinese State instrumentalities. Take the example of a project that built dozens of skyscrapers on a remote river bank. China publicised this project as its answer to New York’s Manhattan Island. But China’s Manhattan is nothing more than a ghost town today.

Tianjin is a designated “free-trade zone”, but it hasn’t been able to attract a lot of Foreign Direct Investment (FDI), and most of its growth has been powered by the State-owned enterprises that have a very high debt component and a relatively low level of value addition.

Tianjin is an example of what artificial, State-led boom can do to a city. And this is why most of China’s cities are dying even before they come to life. China’s State-led city development model simply cannot create thriving cities and all it can manage is dead, ghost cities.

With EU slipping out of hands, a desperate China calls for truce