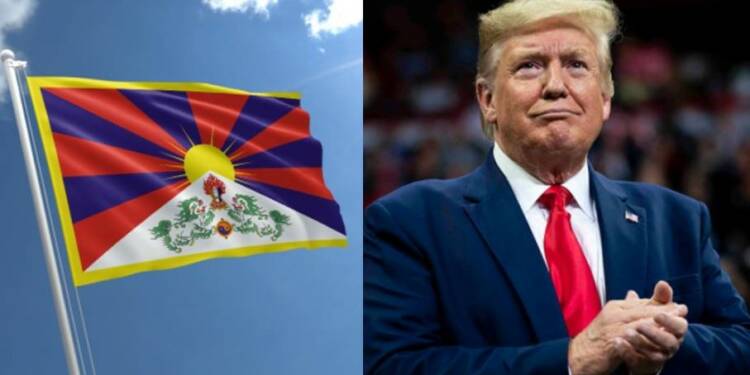 Outgoing US President Donald Trump has completely changed the worldview on China as Trump adopted a no-nonsense approach towards the dragon and eventually pushed it into a corner by stepping on China’s jugular veins which will be a part of the Trump legacy. He has managed to make Tibet a global movement now, a top American diplomat has urged like-minded nations to ban Chinese Communist Party officials involved in suppression of Tibetans from visiting their respective countries.

Robert A Destro, Special Coordinator for Tibetan Issues has called on like-minded nations to pass similar versions of a US law which denies access to the US for CCP officials who are involved in restricting the visits of foreigners, journalists and diplomats to Tibet.

“The US adopted the Reciprocal Access to Tibet Act to press for greater access and transparency. Today, I call on our like minded friends and partners to pass their own versions of the Act,” said Destro at a virtual event.

The Act which Destro mentions was signed by President Trump in December 2019 and seeks to deny access to the US for Chinese officials who are known to be actively involved in restricting visits to Tibet.

Much to the chagrin of Xi Jinping, Tibet is fast becoming a global movement. Recently, Germany, which seemed like Beijing’s friend not very long ago, led 39 countries including the US, the UK and Japan to issue a statement rebuking human rights violations by Chinese authorities in Tibet and Xinjiang. The statement also expressed concern about the current political situation in Hong Kong.

Read More: Tibet used to be an issue only for India, now 39 countries including Germany are slamming China for it

Germany’s UN ambassador Christoph Heusgen who led the initiative against China during a meeting on human rights at the United Nations said, “We call on China to respect human rights, particularly the rights of persons belonging to religious and ethnic minorities, especially in Xinjiang and Tibet.”

Importantly, most of the countries signing the Germany-led declaration were European Union Member-Nations, apart from others like Australia, New Zealand and Canada.

Earlier in July, the United States Agency for International Development (USAID) had given a grant of almost $1 million to the Central Tibetan Administration (Tibetan government in exile) operating out of India, to “strengthen the financial and cultural resilience of the Tibetan people and contribute towards a sustained resilience of the Tibetan people’s economic and cultural identity.”

Read More: Tibetan Government in exile gets $1 million from America as India and US get on their way to free Tibet

Importantly, this was the first time the Tibetan administration has received direct funding from the USA. India was asked to give its nod for the same, which it duly did.

Earlier this year, American lawmaker, Scott Perry introduced a bill which sought to recognise Tibet as an independent country. US Representative Scott Perry tabled a bill in the US Congress which sought to “authorise the President to recognise Tibet the Autonomous Region of the Republic of China as a separate, independent country”.

If recent happenings are anything to go by, Tibet – the weak link of the draconian CCP administration is becoming a global movement and there’s nothing Xi Jinping can do to prevent that from happening.