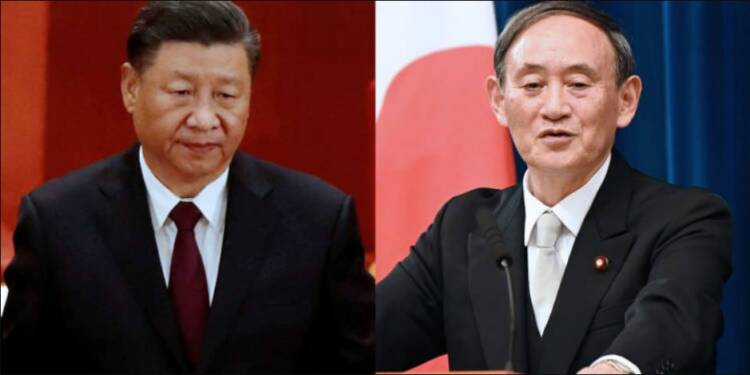 Japan’s Prime Minister Yoshihide Suga is turning out to be a major threat for China. After making it clear that he is not going to go soft on China, Suga has now come up with a major manoeuvre which might make the paper dragon poor again.

Yoshihide Suga announced Japan’s third batch of stimulus on Tuesday. Tokyo will spend 73.6 trillion yen, that is $706 billion in order to bolster its Chinese virus-hit economy. Among several other measures, Japan will keep offering subsidies to companies that relocate offshore capacity to Japan. With this move, Japan’s economy is set to shine again. What really matters is that Japan’s latest bid to revive its economic strength is going to send ripples in China, and make the Middle Kingdom poor again.

The latest stimulus package is going to contribute 6 trillion yen towards fighting the COVID-19 outbreak, 51.7 trillion yen to power structural changes in the Japanese economy for a post-pandemic world and 5.9 trillion dollars towards disaster management and national resilience.

In order to put things in context, it is necessary to understand the reasons that fuelled a meteoric rise in the Chinese economy. Till the 1990s, Japan was the world’s second-biggest economy and China did not even come close to Japan. But then Japan slipped into a crisis fuelled by prolonged political instability, old age issue and a stringent immigrant policy.

On the other hand, China emerged as the world’s biggest manufacturing powerhouse. And soon, the paper dragon overtook Japan’s economy. Even Japanese companies started manufacturing and investing in China, which further contributed to the paper dragon’s meteoric rise and made it a rich country.

Japan’s slowdown contributed to China’s disruptive rise in more ways than one. However, things have started changing over the years. The free world, including Japan, has realised that China’s “peaceful rise” is a misconception. Peace and China’s rise simply don’t go hand in hand. And Japan itself has been a victim of Chinese belligerence over the past decade.

So, Japan’s former Prime Minister Shinzo Abe started working against China at a strategic level, a legacy which Abe’s successor- Suga seems to be pursuing even more vigorously.

The Chinese Virus pandemic has further triggered knee-jerk reactions from Tokyo. Earlier this year, Japan announced a massive $2.2 billion programme to incentivise manufacturers shifting production out of China. This was Tokyo’s first big move to decouple the Japanese economy from China that led to 87 companies leaving the Communist nation.

Japan is therefore pulling its companies out of China and pushing the Communist nation into destitution. On the other hand, most of these companies are relocating to Japan itself and fuelling the great economic revival strategy which seems to form the centre-piece of ‘Abenomics’. Now, by continuing with the policy of doling out subsidies to companies that exit China, Suga is also looking to make the Xi Jinping-ruled nation poor again.

Ultimately, Japan is backing itself to become the epicentre of world economy all over again. Suga is trying to steal China’s thunder by bringing his country’s renowned manufacturers back to Japan. China stands to lose if Japan’s economy shines again. And it seems that Suga is going to make sure that Japan shines again with a massive $700 billion.

As Japanese companies start relocating to their home country, American and European companies will also follow suit and cause even more injury to Beijing. China is set to face tough times ahead, as Suga plans to make it a really poor nation all over again.