After India, Japan gives a huge blow to China in Myanmar. China’s bets on Aung San Suu Kyi have failed 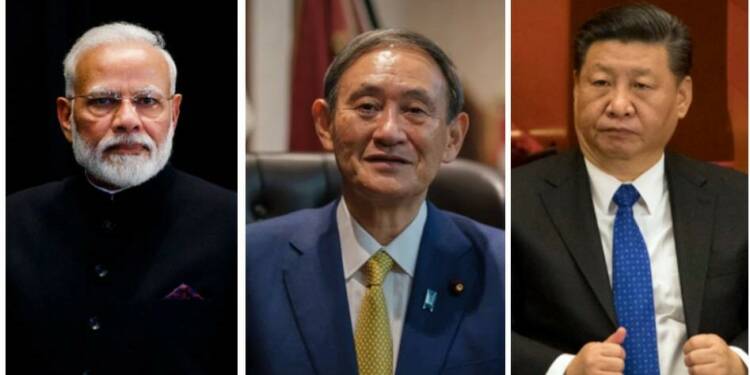 Japan has come really full circle and has now permanently shed its pacifist policy, which is evident by the aggressive bilaterals that it is engaging in and the strategic investments its companies are making. The latest development is that Mitsubishi Corporation has signed two contracts with Myanmar’s state-run Myanma Railways. It pertains to delivering new rolling stocks. The total cost stands at approximately 69 billion yen ($663 million), which will be covered by an international yen loan agreement between the governments of Japan and Myanmar. This one investment has diluted years of effort from the Chinese to convert Myanmar into its extended colony.

One cannot help but take note of the developments in Myanmar, as the Japanese have entered the country with an investment of more than half a billion USD. This has come at the cost of China, given how aggressively Beijing has tried to gain total dominance of the local economy. The Chinese fears are twofold, one – these investments by Tokyo have come just after New Delhi had gifted a submarine to the Myanmar Navy and at the backdrop of continued Indian investments in the neighbouring country. And two, China thought that the victory of Aung San Suu Kyi – a Chinese confidant, would flip things in China’s court, but even after her victory, Japan got the contract. This is a really big blow for Beijing when one connects all the dots.

China has, since the coming of Xi Jinping in 2012, had deliberately started to flood Indian neighbours with insane amounts of investments and lay the groundwork for its Debt diplomacy. However, given the belligerence and aggressive foreign policy coupled with rude diplomatic behaviour, many countries have come to realise that dealing with Beijing is not business as usual. Myanmar too seems to have got the memo and is acting like any country with concerns of safeguarding its sovereignty would act.

India has for the whole span of the pandemics and even before that has stressed on the neighbourhood first policy, which is a counter to China’s fancy ‘string of pearl’ strategy. India has been providing Myanmar with investments and is developing the roadways connectivity there as part of India’s Act East Policy and plans to create Myanmar as a node of movement between South and South-East Asia.

Under the latest contract between Japan and Myanmar, Mitsubishi will be delivering 66 cars for the Yangon Circular Railway, and 180 cars for the Yangon-Mandalay Railway, which connects Yangon, Naypyitaw and Mandalay. The new cars will shorten travel time on the 46-km Yangon Circular Railway from about 3 hours to 2 hours, and on the 620-km Yangon-Mandalay Railway from about 15 hours to about half.

This project has to be a watershed moment for Chinese adventurism in the Indian neighbourhood. It also signifies the fact that now the relationship between India and Japan is at an all-time high, given Japan after a while, has invested in Indian Ocean Region country independently and one cannot deny the fact that these developments must have India’s nod beforehand. The Japanese investment in Myanmar is a blow to the Chinese designs and ambitions at a gargantuan scale and China needs to be worried about what is more to come.