Trudeau wanted to give Chinese PLA an edge over India in cold-weather military tactics. Canadian military foiled his plan 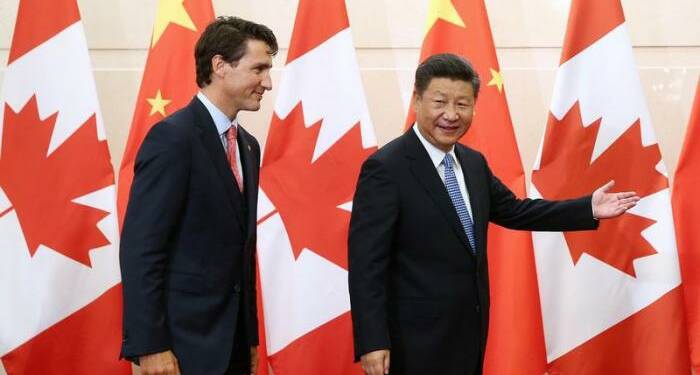 At a time when India is at the brink of sending Canada into the diplomatic freezer over Canadian Prime Minister Justin Trudeau’s outrageous and reckless remarks, an explosive news report has broken out in the Canadian media. As per the latest Rebel News report, a released document reveals that Trudeau had invited the Chinese People’s Liberation Army, that is, the PLA, to conduct cold-weather training with the Canadian Military Forces back in 2019.

The PLA was reportedly invited to train at CFB Petawawa in Ontario. But Trudeau’s plans were torpedoed after China illegally arrested two Canadian nationals- Michael Kovrig and Michael Spavor. Trudeau’s plans to help the PLA acquire cold-weather training are problematic for several different reasons. For the present context, however, it seems rather objectionable because India enjoys a massive advantage over China in terms of military operations in winter months.

What is particularly objectionable is that the Trudeau government seemed to have gone out of its way to appease the paper dragon even after two Canadian nationals were ‘abducted’ by Chinese authorities. As per The Globe and Mail, even after Canada’s Chief of Defence Staff, General Jonathan Vance cancelled the winter military exercises with the PLA; high-level officials of Global Affairs in the Trudeau regime were alarmed.

Rebel News has also reported that Trudeau ‘raged’ at the Canadian Armed Forces for cancelling the winter training. Trudeau government even demanded that it should be notified and consulted before any future decision to cancel a joint training session is made.

A federal memorandum reportedly read, “Given the heightened scrutiny, any decision by Canada to reduce-cut ties should be carefully considered to avoid sending any unhelpful or unintended messages.”

Trudeau was definitely doing a disservice to his own nation, as any joint training between the PLA and the Canadian Armed Forces would have allowed China to gain illegitimate military advantage out of Canada.

But wittingly or unwittingly, the Canadian Prime Minister was also about to help China gaining a strategic advantage over India. Presently, the Indian Armed Forces and the Chinese PLA are locked in a tense stand-off at the Line of Actual Control (LAC)- the de facto India-Tibet border in Eastern Ladakh.

Indian troops are giving the PLA soldiers a bloody nose, as the latter doesn’t have any experience in surviving the harsh Himalayan winter. The vast gap in the Indian military establishment’s extensive experience of operating in harsh winters and the PLA’s unacclimatized character has given India a huge strategic advantage.

However, had Trudeau succeeded in his plans to train China in cold weather military tactics, then perhaps India’s winter season advantage over China would have been diminished. The Canadian PM’s blunders could have thus given China a strategic impetus in winter warfare, but the Canadian Military had other plans.