‘Yes to Taiwan, No to China,’ Japan-led TPP members’ message to China is loud and clear 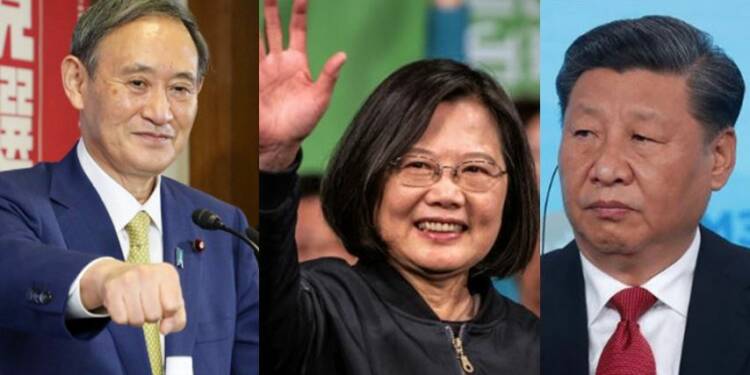 The Japan-led Comprehensive and Progressive Agreement for Trans-Pacific Partnership (CPTPP) is all set to welcome a new member. According to news reports, the sovereign country of Taiwan is in informal consultations with the existing 11–members of the group and once it is done with the talks, the tech powerhouse will submit the application to join the revamped version of TPP.

In a statement late on Sunday, Taiwan’s Foreign Ministry said that according to the processes of the CPTPP, new-member applicants need to complete informal talks with existing members first and “reach a consensus” before applying.

“Once the informal consultation with all member states is completed, we will formally submit an application for membership in accordance with the procedures,” the press release said.

The news of Taiwan joining the CPTPP might not have gone down well with Chinese President Xi Jinping who himself has been practically egging the leader of the organization viz. Japan to accommodate him and his red state.

In November, the Chinese President had said China would “favorably” consider joining the 11-member bloc. However, reported previously by TFI, Japan’s new Ambassador to China, Hideo Tarumi issued some scathing remarks that have seemingly closed the gates for the Chinese President and his ambitions to join the elite group.

Tarumi suggested that Tokyo might not be able to accommodate China in the TPP trade agreement. The Japanese Ambassador said, “The TPP demands very high levels in terms of market access and rules.” The newly-appointed envoy actually hinted that China might not be able to offer the level of market access which the TPP demands. Tarumi added, “It would be out of the question to bend the rules and insert exceptions.”

Read: ‘Is Xi Jinping coming to Japan?’ ‘Ummm…No’ was the Japanese Ambassador’s answer to China

By rejecting China’s plans to join the TPP trade agreement Tokyo is trying to shut all doors of cooperation between Japan and China. The Suga administration has carried forward the legacy of former President Shinzo Abe in dealing with China using a firm, iron-fist.

Taiwan is a part of the World Trade Organisation (WTO) but countries around the globe are apprehensive to sign any trade deals with Taiwan as China continues to maintain that Taiwan is a part of its territory. The island country has long been battling Chinese excursions in its territory and has been looking to gain diplomatic recognition from countries.

However, 2020 has brought a turnaround in fortunes for Taiwan. Led by a strong, able leader in President Tsai Ing-wen Taiwan is winning global recognition thanks to its superb handling of the Wuhan coronavirus and taking up mask diplomacy, and helping countries across the world to battle the deadly virus.

Read: From USA to Europe, millions of masks donated: The little island of Taiwan is puncturing holes in China’s ‘mask diplomacy’

Despite its small size, the island country has stood up to China and its nefarious leader. This is the reason why Jinping has been given a cold shoulder by Japan and the other members of the group and Taiwan has been given a gold-plated invitation to join the alliance.

Is the Silicon Valley so disillusioned by Democrats that it is deciding to shift base?