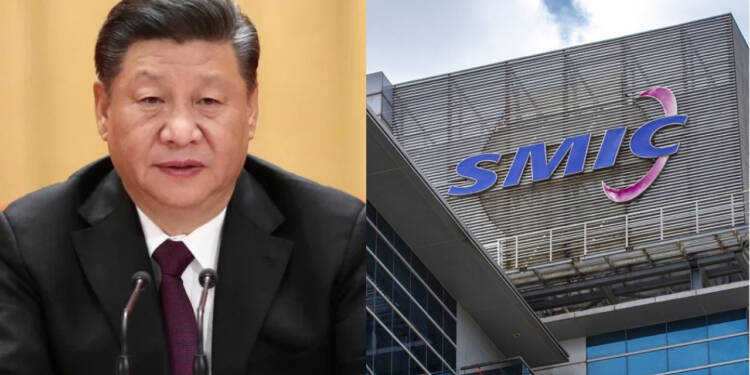 One of the most important tech companies of China – Semiconductor Manufacturing International Corporation (SMIC) is facing its biggest ever trouble after being blacklisted by the Trump-led US administration. SMIC is China’s biggest chipmaker and the pseudo-Communist government was trying very hard to save it from the wrecking done due to severe restrictions that the Trump administration had stuck on its face.

The pressure by the Trump administration has forced the SMIC to go into a desperate frenzy. The Chinese government-controlled company appointed Chiang Shang-Yi, who was the former Co-COO of the Taiwanese TSMC as the Vice Chairman of SMIC. This desperation and distrust of the Company in its employees that they hired a person from the rival organization shows the evident helplessness of the chip manufacturer.

An uncertain future and confusion at its top-level management forced the Co-CEO Liang Mong Song to resign from the post, in protest of Chiang’s appointment. Liang was the key official in the SMIC’s recent technology progress and spearheaded most of the research and development at the organization.

This was a shock to the investors of the company, and as a result, SMIC’s shares plummeted about 5% on the Hong Kong Stock Exchange and 5.5 in the Shanghai Stock Exchange. The Major American stock index MSCI Inc. has also removed SMIC from its listing along with China Communication Construction Co. and Hangzhou Hikvision, amongst others.

Similar steps were taken by S&P Dow Jones Indices and FTSE Russell. These cutoffs had come after the ban on US investors buying stocks that the US Defense Department had called dangerous and backed by the Chinese Military, came into play.

SMIC is seen as the torchbearer for Chinese ambitions for the absolute domination of the world semiconductor manufacturing industry, which is dominated by leaders like Intel Corporation of the US, Samsung of South Korea, and Taiwan Semiconductor Manufacturing Corporation (TSMC). The leadership issue has appeared as a major roadblock to Beijing’s dream of becoming much more self-sufficient in semiconductor production to boost its future world domination plans.

The Trump administration had added SMIC to the blacklist of companies owned by a majority or in entirety by the Chinese military, which made SMIC face restrictions like the inability to accept American investments. SMIC had tried to save its face by telling its other investors that disinvestment by Americans would mean no harm but they forgot the fate of another Chinese tech company – Huawei. The sanctions on Huawei have effectively shattered its global operations. In a recent, US Federal Communication Commission has deemed China’s Huawei and ZTE as security threats.

In 2019, after the recommendation of the commission, the US had restricted the purchase of equipment from these companies and now, the FCC has ordered all the carriers that function in the US to stop using all types of equipment from Huawei. The FCC Commissioner Brendan Carr had stated that the Chinese government wanted to spy on the US citizens and was trying to obtain state secrets.

He also blamed the Chinese companies for stealing intellectual property for their own industrial and business advantage. The Chinese multinational companies, especially the tech companies have been reportedly working under the directions of the Chinese government. Apart from the US, Australia and the UK had also posted similar findings of Chinese spying. It is very much possible that shortly SMIC will also face similar sanctions.