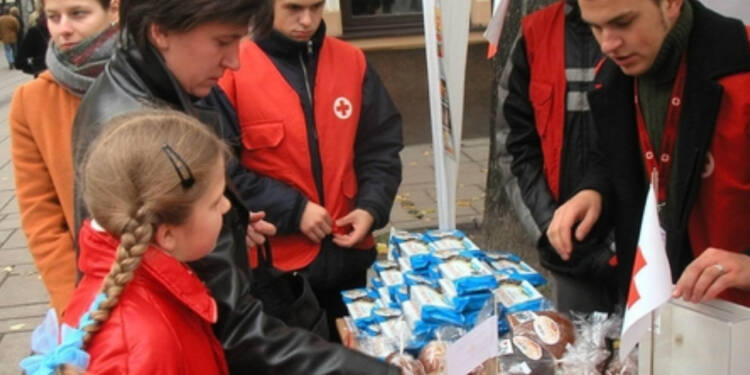 Europe, the continent that colonised Asia, America, and Australia centuries ago and became so rich that in many European countries Human Development Index (HDI) is close to One (perfect), is facing a severe food crisis amid the Coronavirus pandemic. Millions of Europeans now depend on food banks to meet hunger because they cannot afford two meals a day.

The GDP of most of the European countries including the United Kingdom, Germany, France, Spain, and Italy declined by double digits in 2020. With another wave of Coronavirus ravaging Europe, the economy is expected to decline further in 2021 and millions more are set to go jobless.

Unemployment, poverty, hunger, loneliness, and mental illness have become major issues among Europeans in 2020. Food banks, which provide free food packets and provide other types of social and legal assistance to poor families, have witnessed a rise of above 900 per cent as per a report by CNN.

Britain, which is among the richest countries in the world, is facing the most severe hunger because the net social safety is lower when compared to other European countries. As per reports, 1.5 million (15 lakh) Britons go without food all day. There are 3 million people in the UK who are forced to skip some meal, as they cannot afford it. “This needs urgent and substantial investment from the central government which needs to put money directly into the pockets of families who can’t afford food,” said Anna Taylor, director of YouGov poll, which polled the number of people sleeping suffering from hunger.

The food crisis across Europe has spiralled out of control and the governments are too slow to respond. “Many of the people who are threatened or affected by poverty also have the issue of loneliness and psychological stress on their mind,” said Jochen Brühl, chairman of Tafel Deutschland, a food bank that supports over 1.6 million people in Germany.

“We have been pointing out to politicians and society for many years that it is not the task of Tafel to eliminate poverty, but it is our task, or so we see it, to support people,” he said.

Germany is not being able to control the food crisis problem despite being the largest economy of Europe. Moreover, the country is said to have a very strong social safety net but there are too many jobless people suffering from hunger out on the streets demanding food, and this has exposed the Merkel government.

As the pandemic spread across the continent and more and more people went jobless, the demand for food banks grew exponentially. As per data from Eurostat, more than 20 per cent of the big European cities are now dependent on food banks for two meals a day.

The European population has a sense of helplessness because they are suffering from hunger and have no employment and no state support. “There’s this heaviness in the community, a heavy feeling of ‘this is just the way it is; we’re overlooked, this is my lot, this is the rest of my life’… it’s sad,” said Denise Bentley, Founder of the First Love Foundation.

Countries like India, with lesser wealth, have managed the pandemic better and have been able to deliver food and money for other basic needs through Public Distribution System (PDS) and Direct Benefit Transfer (DBT). The governments in European countries suffering from hunger must learn from the Indian government how to manage the welfare of the people amid pandemic.