As China stands at the brink of an economic collapse, it inflates its GDP numbers to somehow attract investment 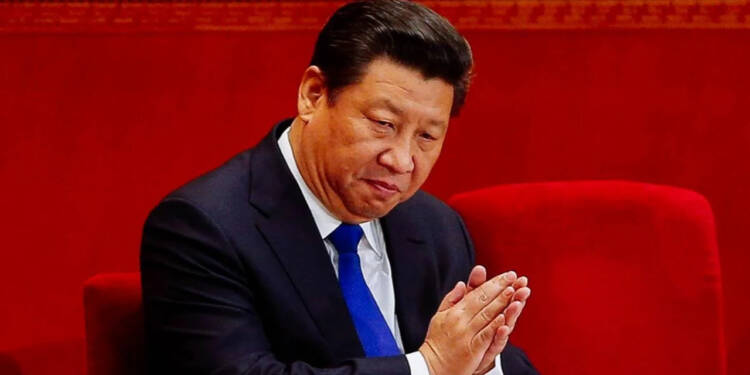 The National Bureau of Statistics of China, the government agency of China, which is responsible for the release of official growth figures, said that the Chinese economy grew by 2.2 per cent in 2020 despite the negative growth posted in initial months. Given the record economic contraction around the globe and collapse in economic activities, the 2.2 per cent growth figure is hard to believe.

Several Chinese companies defaulted on corporate bonds and the Chinese debt reached to record high in 2020. The Chinese government imposed one of the most restrictive lockdowns during the first quarter of the last calendar year and the economic activities were near zero. Thus, the experts find the official figures of growth released by China hard to believe.

The Economist, one of the most trusted magazines in financial reporting, published a story titled ‘Can China’s reported growth be trusted’ in October last year, raising several questions over the attempt by the Communist government to paint a rosy picture of the Chinese economy.

Through the positive growth figures, China wants to restore the investor’s trust in the Chinese economy. The Chinese economy grew to ride on foreign investment, especially American investment. But the Trump administration placed several restrictions on the Chinese operation in the United States and listed-in American stock exchanges, which blocked the access of the Chinese companies to American capital.

Moreover, the foreign investment from other countries to China also dipped due to the bad press it got in the last few months, over political instability, human rights abuse, and authoritarian meddling with the companies, as seen in Alibaba’s case.

Given the fact that the Chinese government could not compromise on the political goals or stop the bad press- as it does in China- in the international media, it is inflating the growth figures to paint a rosy picture of the Chinese economy to attract the international investors, as well as, to soothe the domestic population. 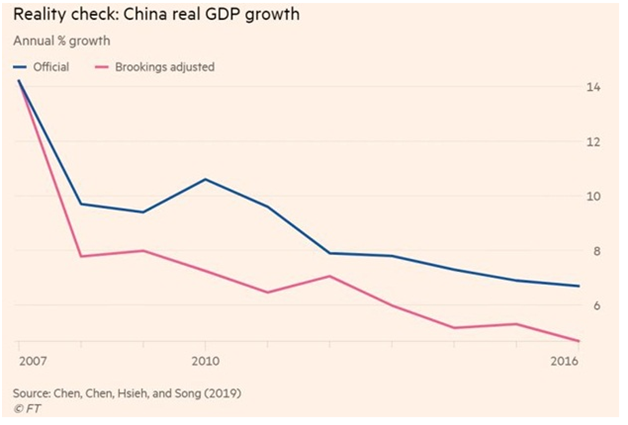 This is not the first time that the Chinese government is inflating the growth figures. Previously a research paper published by Brookings Institution argued that the provincial authorities in China inflated growth figures for nine years. The paper’s analysis covers the period of 2008 to 2016 and reveals that the Communist government inflated the growth figures by two per cent. Thus, the actual size of the Chinese economy is one-seventh (almost 16 per cent) smaller than what the National Bureau of Statistics of China claims.

The economists and researchers around the world were sceptical about Chinese growth figures for a long time because the sum of provincial GDP figures of the country exceeded the national figure. For decades, GDP figures have been given ‘supreme importance’ in China, as the promotion of state officials was based on the GDP growth of the region. To get promoted, the local politicians started fudging economic data and this became a huge problem in the last decade. The National Bureau of Statistics acknowledged the fact and said, “some local statistics are falsified”.

The Chinese economy is facing many problems including the trade war with the United States. The domestic consumption has moved southward over the last few quarters, which means the Chinese are spending lesser. Many Chinese companies defaulted on loans and bonds in the previous quarter because the revenues have depleted.

In short, China is going through a vicious cycle of economic crisis, however, the Communist government is still painting a rosy picture to ensure the loyalty of the people, as well as, to attract foreign investment.