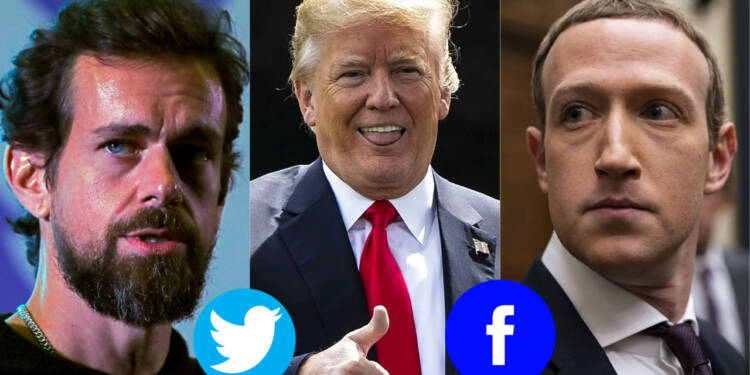 The Social Media behemoths will soon be shown their places, as the days of their wild run look really limited. The Social Media giants Facebook and Twitter wanted to portray their actions against President Donald Trump as something for the good of the people. However, shutting down the freedom of speech of the sitting President of the United States of America, the tech giants alerted the whole world and many in the USA itself. As what was scoffed as a funny imagination was right in front of the whole world to witness. Now, countries in their personal capacities are taking action and even US senators have upped the ante.

As per news reports, on January 16th, Republican North Dakota State Rep. Tom Kading spoke on the Fox & Friends cable show detailing a bill that would allow users in his home state to sue social media outlets over certain issues. The lead sponsor of the bill stated his increasing disappointment in big tech since he drafted the bill in December 2020. The proposed bill could ensure that social media giants such as Twitter and Facebook would be liable in a civil lawsuit for North Dakota residents “whose speech is restricted, censored, or suppressed,” unless it was “obscene, lewd, lascivious, filthy, excessively violent, harassing, or otherwise objectionable.”

While this is a bill from a state of the USA but it can soon become the blueprint for all the other states and then other countries to counter the ever-increasing monopoly of these tech giants, of who can be given a platform to reach to a very large population of the world in an instant and who can be de-platformed. The bill can be used by other states and countries too as a precedent while suing the social media giants like Facebook and Twitter in the US courts.

Trump has managed to hurt the fragile ego of several sections that remain big and powerful in American political circles. He stormed to popularity and power in 2016 by cutting through these lobbies. And now these lobbies are trying to cut Trump to size. Yet, they also know that Trump will come out bigger and more powerful in 2024. So, he is being pushed out of the only reliable medium of mass communication – the social media handles of Facebook and Twitter.

Read more: Donald Trump: The lion king who was hunted down by hungry hyenas.

With the people understanding the power of these social media elites, the senators have become critical of their unbiasedness. As Mark Zuckerberg had said, that what may be beneficial for the world may not be beneficial for Facebook, the existence of these companies without checks and balances is in itself a threat to peaceful human existence.

The bill which is in line with  Section 230, a piece of Internet legislation that protects providers and users of an interactive computer service from being legally responsible for publishing information provided by third-party users, which is all the more reason, to have confidence in its enactment. With the bill going live, we can get the tools to sue these big companies like the Facebooks and Twitters of the world, and they will be brought under control as the people will have the leash with them.

Big Pharma-Media nexus: Pfizer Vaccine is leaving a huge trail of sickness behind it and media is eerily silent about it