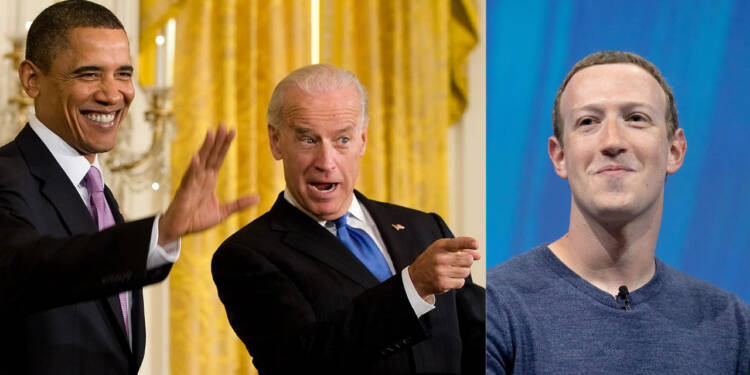 Tomorrow, Joe Biden will be coronated as the 46th President of the United States of America and after a wait of four years, the blue of Democrats will unfurl at the US Capitol swearing-in ceremony. While the Democrats might seem euphoric that they have got the mandate of the public but the truth is some light-years away from it. Biden’s presidential campaign was based on using the entire left-liberal cabal, the longitudinal and latitudinal strength of mainstream media, and of course, the tech giants who went out of their way to censor Trump and his team. Those closely following US politics for some time will find an eerie similarity to that of Obama’s tenure when today’s big tech companies worked in closely with Obama, during his Presidential run and later traversed the power corridors of Washington without much issue.

Obama’s 2008 campaign relied heavily on social media to lift him out of the wilderness. A black leader from the state of Illinois was built up by the relatively new platform into a phenomenon. Of course, those efforts were in part led by a founder of Facebook, Chris Hughes, who was so enchanted by Obama that he left the start-up to join the future President’s strategy team.

When the Obama administration started operating from the White House, the seemingly big tech giants of today were still finding their footing in the global landscape. Facebook was still trying to bubble up, and despite helping Obama, Google was nowhere as influential as it is today. On the contrary, it was competing with Yahoo in the search engine market. Twitter wasn’t the echo-chamber it is today and Instagram and WhatsApp were yet to be conceived, only to be gobbled up by Facebook.

Such was Obama’s thirst to infiltrate the nascent internet market that he forged deeper and intimate connections with Silicon leaders like Steve Jobs, Bill Gates, and Mark Zuckerberg. Often inviting and giving unrestricted and unfettered access to them to the power corridors of Washington. Once it felt like the entire Bay Area and its wealthy CEO’s were pen-pals with Obama where they wrote mushy letters expressing their mutual desires for each other.

Obama routinely pushed policy that pleased the tech-savvy. The rocky debut of HealthCare.gov, the online insurance marketplace that cost more than $600 million to build and crashed almost immediately after it went live was a classic example of Obama trusting the tech giants, a tad too much.

Obama used these tech giants as a tool for foreign diplomacy as well. Not many know, but Obama took Airbnb’s CEO Brian Chesky to Cuba as an economic endorsement of the revolutionary powers of start-ups to change the world. The same communist country with which the US had embittered ties for decades.

Nobody is denying that Trump used Facebook and other social media platforms effectively to come to power in 2016 but once he entered the White House, he started making policies to keep the big techs in check.

And thus, angered by his stand, the tech world started the long, arduous, four-year process of vilifying Trump, muzzling the voice of conservatives and occasionally censoring his social media content which reached a crescendo after his electoral defeat. A swift, unilateral ejection of Trump from the digital sphere by the tech giants, and that too, collectively.

Reported by TFI, the Biden administration is expected to name Renata Hesse to head the antitrust division at the US Department of Justice. While her alleged appointment might look harmless at first glance but when one looks closely, it becomes clear as chalk and cheese that her alleviation to the power position is a lobbying move engineered by none other than the Democrats in collusion with big tech companies.

Renata was the former Justice Department official under the Presidentship of Barack Obama and has even worked alongside Senator Ted Cruz to defend Google a decade ago. Not just Google, she had also advised Amazon during the acquisition of grocery chain Whole Foods that was valued at more than $13 billion.

The appointment of Renata raises serious conflict of interest issues but it shouldn’t come as a surprise to anyone. Biden is simply following the blueprint/template set by Obama to woo the big tech companies to keep them in his pocket.

With such a predecessor who remained thick as thieves with the Silicon Valley companies, it was only imperative that Biden would take his lead. Any hopes of regulating the Internet and its players that was ignited by Trump has been quashed by the election of Biden.

Obama did nothing to check these companies and now we are seemingly dealing with these monsters, who currently appear to be on the side of the left-liberal cabal but if given a chance to break free, could form a monopolistic nanny state where even the allies would be given a swift guillotine treatment.

Remember Terminator? The movie showed Skynet taking over the world? With the sole aim to trigger the armageddon nuclear button? Well, there certainly would not be a Skynet-like attack in the real world but the Silicon Sinister Six is the closest we have got to the Skynet, and they, for all practical purposes have the clone nuclear button at their disposal (Read: Joe Biden).

Big Tech Vs Gab, Epic and Parler – The Social Media game just got heated up