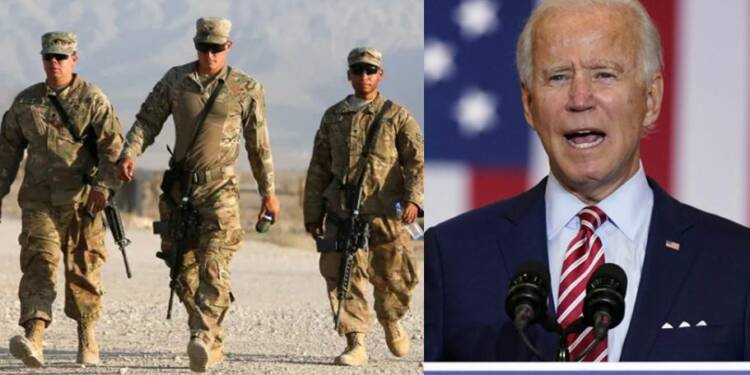 The Democrats are back in the power corridors of Washington DC and so has returned the bloodthirst of invading foreign nations which was the hallmark of former President Barack Obama’s tenure. However, before Biden can embark upon another such rampage, he has started a purge within the US military to get rid of the Trump supporters or those who merely voted for him in the elections. Sounds dystopian? Well, it is the harsh truth and there is no other way to sugarcoat it.

According to news reports, Joe Biden’s nominee for Defence Secretary retired General Lloyd Austin has made his indications clear that in the garb of booting out sexual predators, racists, and extremists from the army — the normal, patriotic Americans who most certainly will refuse to toe with Biden’s line of global destruction, will be given the stick.

“If confirmed, I will fight hard to stamp out sexual assault, to rid our ranks of racists and extremists, and to create a climate where everyone fit and willing has the opportunity to serve this country with dignity,” said Llyod Austin to the Senate Armed Services Committee, where he further added “The job of the Department of Defence is to keep America safe from our enemies. But we can’t do that if some of those enemies lie within our own ranks,”

While Austin’s sentiments smell righteous and just at first glance, one cannot help but wonder, who are the real ‘enemies within the ranks’? The mention of ‘racists and extremists’ in the US army, which is dedicated to defending each and every citizen of the US regardless of their colour or religion, casts doubts on countless American soldiers and veterans who may have voted for Trump, an anti-war leader.

So, it will be the conservatives, pro-Trump supporters, or anyone catering to a different ideology than those of the left-leaning Democrats– who will be dubbed as ‘enemies of the state’.

A few days back, Democratic congressman Steve Cohen made some mind-numbingly daft statements where he remarked that Trump supporters within the National Guard who have been designated with protecting Joe Biden ‘might want to do something’ to the new president.

While speaking to the Democrats’ mouthpiece CNN, Cohen said, “The National Guard is 90 some-odd percent male, and only about 20 percent of white males voted for Biden. You’ve got to figure that in the Guard, which is predominantly more conservative … they’re probably not more than 25 percent of the people there, protecting us that voted for Biden. The other 75 percent are in the large class of folks that might want to do something.

Cohen said that he remembered former Indian Prime Minister Indira Gandhi was assassinated by her own bodyguards and suggested that any Trump supporters within National Guard units would come under suspicion for the same.

Stanley McChrystal, who pushed Obama into the Afghan surge that killed over 1,000 soldiers, says the problem in our society is white males reacting to lost privilege, compares Trump supporters to the Klan. Not the line he took when he was selling his war. pic.twitter.com/CJ9NnMaQfZ

It is an undeniable fact that the army veterans voted en masse for Trump, owing to his policy of pulling out troops from Afghanistan and Syria. Unlike his predecessors, Obama and Bush, the former American President Donald Trump did not start a single war within his tenure of 4 years, albeit worked on brokering one peace accord after another between the Jewish state of Israel and the Arab nations in the Middle East.

The veterans who have given their blood and sweat on the field know the futility of the war, and with Trump, they finally had a glimmer of hope that it is indeed possible to recall the army troops from the desolate corners of the planet they are stationed in.

However, with Biden back in the office, it is almost certain that the Military-Industrial Complex is now firmly back in power. Biden is expected to emulate President Barack Obama and his policy of forcing American troops into foreign lands and launching drone strikes.

The stereotype of the military is still that it’s a right-wing, conservative institution. The new top brass which is inherently left-biased is now looking to remove everyone that disagrees with them and make the military’s ideological transformation complete. The result of this provocation could be a mutiny as Biden will lose the support of the Army.