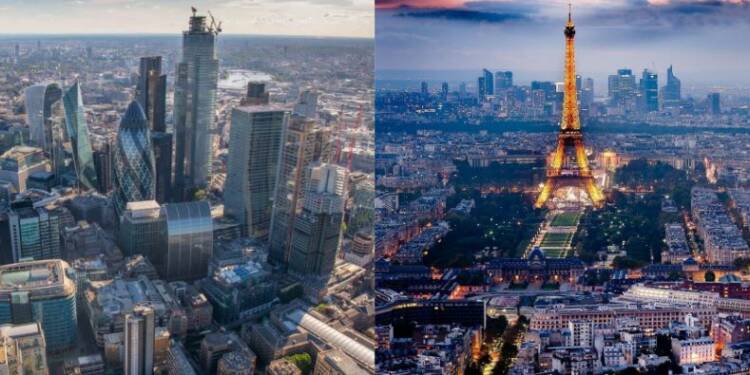 For the longest time of the 20th century and till now in the 21st century, London has been the financial capital of the world. It was London which was the gateway to the European Market. Britain being a member of European Union acted as the entry gate for the markets all over the member states. However, with the UK leaving the European Union and the BREXIT becoming a reality, the gateway has become redundant. And this has created a demand for another gateway which can be the node towards the European market.

With the current geo-politics playing out in the European continent and the UK has sailed out as a lonely Island, companies and investments are moving away from London to Paris. As per news reports, The Bank of France’s governor said on Tuesday that Brexit had led to nearly 2,500 jobs and at least €170 billion (£150 billion) in assets moving from the UK to France by the end of last year.

While it is the economic win, France is also striving to make a cultural victory too. France has the ambition to present itself as the most powerful state in the European Union. With Brexit, the English are gone but their language remains, and it is one of the two hurdles blocking France from achieving its goal of total dominance, the other is the Germans. Macron is ambitious and he believes that France can achieve its goal of total dominance in the European Union as he will remain one of the strongest leaders after Angela Merkel steps down. While the German hindrance will take care of itself it’s the hurdle of an English dominated EU that France is now chipping away at.

French MEP France Jamet ordered the European Commission, in an unbelievable outburst, to abandon the ‘Gradual Linguistic Levelling’ in favour of English. While English is one of the world’s most commonly spoken languages, Ms Jamet has been calling for it to be dropped now that the UK has left the EU.

Read more: France’s linguistic takeover of the European Union will be the first step towards a France led EU

The French and the British sides have been historical competitors, but with London moving out of the European Union, France has found the perfect opportunity to, firstly, gain all the opportunities and influence that was created by the UK leaving EU and secondly, to become the pre-eminent politico-economic power of the European continent. The fact that Merkel is demitting office and UK has left France without any competitors, Macron may soon start calling the shots in the European Union, with absolute authority.