Greta was propped up by anti-India outfits to malign PM Modi. She exposed herself and her patrons with a silly tweet 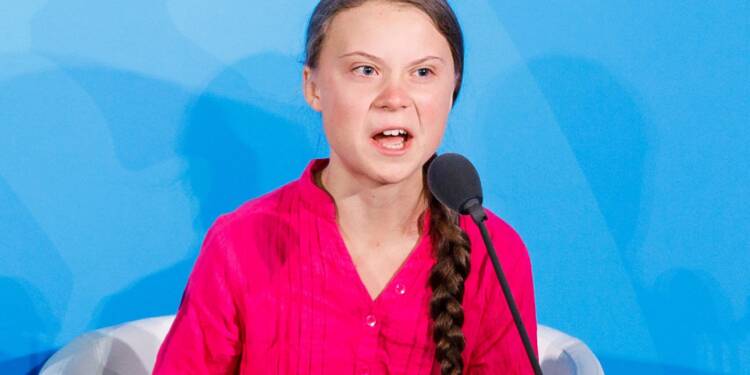 Greta Thunberg- the teen climate activist, who shot to fame following her UN Climate Change speech in the year 2018, has now exposed herself before the world at large by locking horns with India. She was supposed to be an environmentalist but now she has suddenly changed her track by trying to rake up the issue of farm protests in India. In the process, however, she has exposed herself and her patrons by committing a big mistake.

Here is the thing- international celebrities started a Twitter campaign against India, in the garb of supporting Indian farmers. People like international popstar Rihanna went berserk in a bid to internationalise the issue. However, then came Greta Thunberg, who virtually exposed the entire scheme. Greta is still a kid, after all. So, she ended up sharing an entire “Google toolkit” which intricately describes the global campaign being waged against India. The tweet was deleted by this phony climate activist soon, however, the damage to the grand conspiracy had already been done by then.

After Russia, the next big jolt for the German economy may come from India

The so-called toolkit mistakenly dropped by Greta was actually a blueprint of the plan to destabilise India. It contained hateful falsehoods about India and its agenda was a highly-funded social media campaign to malign India over ‘alleged’ human rights violations. This was where it was found that Rihanna’s tweet was pre-planned, and all the pop star would have had to do was copy and paste the tweet. It is also being reported that a PR firm, connected to Canadian MP Jagmeet Singh, paid Rihanna $2.5 million for the tweet about India.

Nothing about this campaign was organic, and it also had an on-ground component where protests were being planned. The toolkit also revealed that some organisations behind this campaign, like Ask India Why and Poetic Justice Foundation, have a Khalistani agenda, that is, to have a separate state for Sikhs carved out of India. And although the concept of Khalistan is ridiculed in India, India’s adversary, Pakistan, has funded these separatist activities to achieve its own goals.

Greta exposed two things- one, that her own climate activism is a sham and two, that the grand campaign against India is an orchestrated one with malicious intent and it is largely foreign-funded. But what really transpired that led to Greta exposing the grand scheme for what is being perceived as a bid to destabilise India? Just so you know, the Narendra Modi administration in India has enacted three farm laws for reforming India’s archaic agricultural system and also augmenting farm incomes.

However, the farm laws have surprisingly become a controversial issue as a nexus of rich middlemen, politicians and so-called activists from India’s prosperous northern states are agitated with the farm reforms and have been protesting against the farm laws on the borders of New Delhi. There has been an ongoing movement to stall the implementation of farm laws that promote a sense of equity and parity in Indian agriculture. The most populous democracy in the world actually kept negotiating with the protest groups and even offered to put the three farm laws on hold.

But the protest, hijacked by separatist elements who have nothing to do with farmers, refused to relent. Last month, India celebrated its Republic Day on January 26, which marks the commencement of the Constitution of India in 1950. However, the celebrations were marred by the protests against farm laws that turned violent in the heart of India’s National Capital. There were ugly scenes of so-called farmers and protesters attacking India’s police personnel or trying to mow them down with tractors. Even the Red Fort, which is a symbol of India’s sovereignty, was desecrated by the so-called protesters.

And even though the Red Fort was desecrated, the Government of India did not clamp down on the violent protests.

The Red Fort desecration was somewhat comparable to the Capitol Hill security breach. But what are the international celebrities including Greta tweeting about? They are claiming that the Modi administration in India is looking to curb the farm protests and a brief internet access ban that was imposed in Delhi’s outskirts and neighbouring state of Haryana as a precautionary measure.

But people of India are mainly furious with Greta. There is a cogent reason behind this. She ended up tweeting a ‘toolkit’ as we told you in the beginning. Praveer Ranjan, Special Commissioner of Police (CP), Delhi Police, spoke about this issue. Ranjan said, “We haven’t named anybody in the FIR, it’s only against the creators of toolkit which is a matter of investigation & Delhi Police will be investigating that case.” He added, “Preliminary enquiry has revealed that the toolkit in question appears to have been created by a pro-Khalistani Organisation ‘Poetic Justice Foundation‘.”

This is not it. The toolkit, which was soon deleted by Greta before she uploaded an updated ‘toolkit’ on how to back the protests, contained some very embarrassing information. Ranjan said, “Delhi Police has taken cognizance of a toolkit document found on a social media handle that predates and indicates a copycat execution of a conspiracy behind the January 26 violence. The call was to wage economic, social, cultural and regional war against India.” Greta may have deleted the tweet, but it is now viral on Indian social media and Indians are now talking about just one thing- the ‘toolkit’.

So, the climate activist-teenager, who has crafted an environmentalist image throughout the world, has exposed her tendencies from the United States to India. Greta keeps speaking about climate change but she is supporting a protest that turned into riots last month and laid siege to the Indian capital. And certain international actors seem to be doing this, only in order to destabilise the Modi government in India. After all, India’s Prime Minister, Narendra Modi has many influential haters like George Soros.

And what are the farm laws all about? Do they deprive Indian farmers of their due? Do they compel poor peasants into destitution? The answer is a big no. The farm laws are actually an instrument of empowering farmers. Their implementation is going to eliminate middlemen and syndicates, apart from liberating the Indian farmer from restrictions on cold storage and stocking of their produce.

Gerry Rice, Director of Communications at the International Monetary Fund (IMF), too agreed that India’s farm laws would eliminate middlemen and enhance efficiency. Kamala’s niece may badmouth India’s democracy and paramilitary forces. But even the Biden administration has backed the three farm laws.

It’s no coincidence that the world’s oldest democracy was attacked not even a month ago, and as we speak, the most populous democracy is under assault. This is related. We ALL should be outraged by India’s internet shutdowns and paramilitary violence against farmer protesters. https://t.co/yIvCWYQDD1 pic.twitter.com/DxWWhkemxW

So, in essence, Greta and other international celebrities are supporting a movement of rich middlemen, syndicates and political actors. Surprised? Well, the so-called farmers finding support from none other than the Nobel-nominated teenager, have also been protesting against the prohibition on stubble-burning, which reduces India’s National Capital into the most polluted city in the world on an annual basis. So, you can imagine the level of brazen hypocrisy at play here.

However, Greta did make a mistake by locking horns with India. The teenager has bit off more than she can chew, and in the process, she has exposed herself and her accomplices. What now? India won’t let this end just like that. And every foreign force which tried to foment political trouble will be exposed.