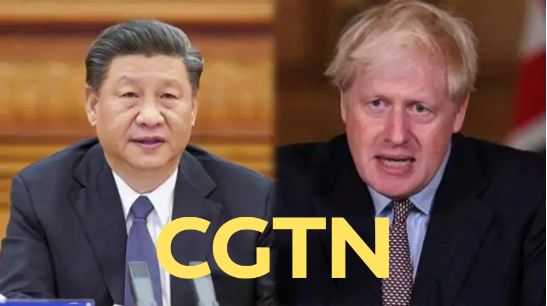 In what would be a massive blow to CCP, the UK has banned the telecast of Chinese propaganda outlet CGTN. UK media regulator Ofcom has withdrawn the license of CGTN, after which the channel has gone off-air with immediate effect.

This is not the first time stringent actions have been taken against Chinese news outlets. Countries like the United States and Australia had previously taken strict action against Chinese media outlets. The UK went one step beyond, and revoked the license of CGTN, effectively ending its broadcast in the county.

According to the UK media regulator, Ofcom, Star China Media Limited (SCML), the company that was issued the licence for CGTN, does not have any editorial responsibility for CGTN’s broadcast in the UK.

An Ofcom spokesperson issued a statement in which he said, “Our investigation showed that the licence for China Global Television Network is held by an entity which has no editorial control over its programmes. We are unable to approve the application to transfer the licence to China Global Television Network Corporation because it is ultimately controlled by the Chinese Communist Party, which is not permitted under UK broadcasting law.

We’ve provided CGTN with numerous opportunities to come into compliance, but it has not done so. We now consider it appropriate to withdraw the licence for CGTN to broadcast in the UK.”

In the United Kingdom, Parliament’s broadcasting laws specify that broadcast licensees must have ownership of the licensed service, including editorial supervision of the programs they screen. Furthermore, license holders cannot be regulated by political bodies under these rules.

Ofcom, conducted a thorough investigation and concluded that as SCML does not hold any editorial responsibility, it does not meet the legal requirement of having control over the licensed service, and so is not a lawful broadcast licensee.

Moreover, none of the employees involved in CGTN’s decision-making, or day-to-day running of the channel, appear to be employed by SCML. China Global Television Network Corporation (CGTNC) confirmed that its Global Editorial Board is the ultimate decision-maker over the selection and organisation of programmes for the CGTN service and exercises editorial control.

Ofcom also said that (CGTNC) cannot be granted the license for CGTN’s broadcast because a) the application which was filed by it was missing crucial information and b) it would be disqualified from holding a licence, as it is controlled by a body which is ultimately controlled by the Chinese Communist Party.

There are other cases of breach of the Ofcom Broadcasting Code against the Chinese media outlet. CGTN failed to preserve due impartiality in its coverage of the Hong Kong protests and was found in serious breach of Ofcom’s fairness and privacy rules.

Last year, the Trump administration declared several Chinese media organizations as “foreign assets” to rein in the communist propaganda. In December, Australia’s top intelligence agency cautioned its government that most of the Chinese media operating in the country have a direct CCP effect, and the government should take effective steps to compete with.

The diplomatic relation between the United Kingdom and China has soured. The two countries have clashed over Hong Kong and Huawei among others. Therefore, the UK’s decision to ban CGTN will further plunge the relation into the ground.