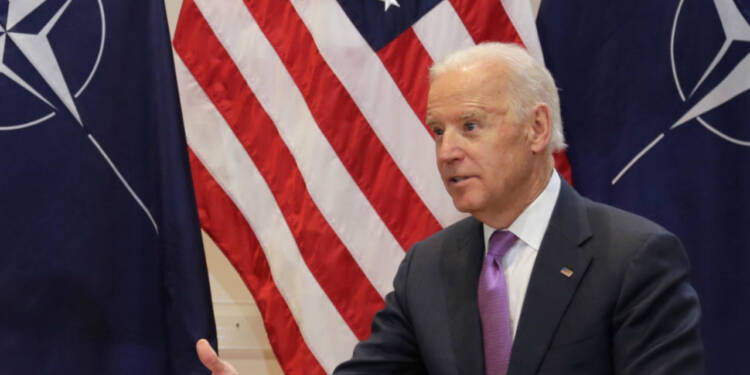 Understanding diplomacy and geopolitics is a very versatile and volatile undertaking. However, some people do not have the capacity to grasp these aspects and thus, follow old and traversed paths. Joe Biden falls in this category; thus, he is attempting to keep North Atlantic Treaty Organisation together by any means necessary. There is soon going to be a change of guard in NATO and Armin Lasche will most likely be the next German Chancellor. With him coming at the helm of affairs, it is believed that Europe will become more receptive of Russia and this is not going down well with the Biden administration.

Thus, the USA is heating things up vis a vis Russia and it is deploying long-range B-1 bombers to Norway to train in the strategically important High North in a new show of force unseen in the region since the Cold War. This comes at a time when the Europe of today is trying to move away from old tropes and the shackles of toeing the US foreign policy. However, by escalating matters with Russia, Biden is trying to raise the stakes for Germany to dilute NATO and work with Russia.

Joe Biden and his administration were in a process of reframing the Russians as the evil of the world. This way Mr Biden wanted to go back to the Obama era foreign policy choices that the USA had made then, and do business as usual with the Chinese Communist Party-led China. However, the possibility of Mr Lasche becoming the chancellor of Germany is going to hamper his plans. Armin Lasche has earlier warned against demonising Putin for his annexation of Crimea and voiced support for deepening the relationship with Beijing.

This could mess up the Biden administration’s policy to revive NATO which seems to be on its death bed. Biden wants to use the tactic of portraying Russia as the real threat so that the world’s attention can move away from China. The USA under him wants to get away from the responsibility of managing China in the Indo-Pacific and Russia seems to be the best way to get this done. By isolating Russia and uniting the whole of NATO against it, is looking logical to Joe Biden.

During his election campaign, Biden repeatedly called out former President Donald Trump for being lenient towards Russia. Even during his first foreign policy speech in the state department Biden singled out Russia and told them to expect a strong and resurgent United States. The statements beg for the question, why? The answer is Biden’s friendly policy towards China.

“High North, low tensions” goes an old saying, describing the relatively calm security situation and diplomatic relations in the Arctic for decades. But it seems that the United States under Biden is bent on increasing tensions in the region.

The USA wants to act before Lasche becomes the Chancellor of Germany and create such tensed atmosphere vith respect to the Russians that Germany will have no other option but to toe the USA’s line of deamonising Russia and keeping NATO in place. Biden is trying to create a cold war kind of a situation with Russia to keep Germany in check and NATO from falling out.