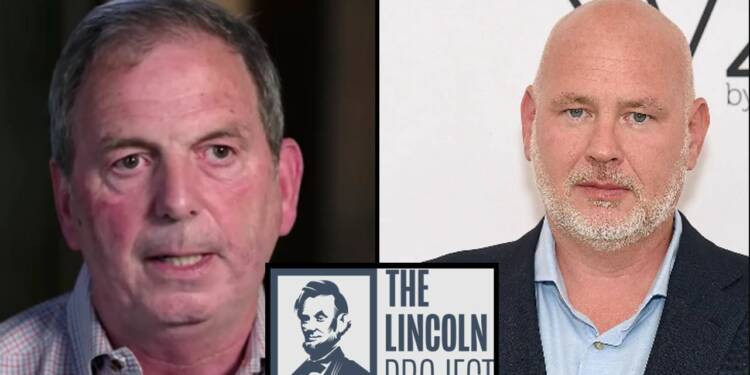 The anti-Trump Lincoln Project – brainchild of ex-Republicans and Trump-baiters has fallen apart, following a series of revelations that have rocked the political action committee (PAC). The Lincoln Project spearheaded an anti-Trump crusade in the runup to the 2020 Presidential polls, and propaganda was free-flowing on American airwaves courtesy this very organisation. Now, the Lincoln Project has been exposed as an organisation comprised of sexual predators, paedophiles, crooks, corrupt individuals and criminals. It is this very organisation which has been indulging in moral grandstanding for the past two years, while being involved in flagrant criminalities itself.

What really scripted the downfall of the rather powerful Lincoln Project are allegations of online sexual misconduct and harassment by founding member – John Weaver. The allegations, which Weaver has accepted to be true, battered the image of the organisation, and only resulted in it falling apart like a house of cards. Soon, sexual misconduct of one of Project Lincoln’s founder members was the least of the worries of the anti-Trump coalition. The multimillion-dollar rich anti-Trump coterie was soon exposed as a corrupt organisation, indulging in money laundering to benefit members of the PAC.

The sole motive of the Lincoln Project was to have former President Donald Trump removed from office, and make a second term impossible for him – an endeavour in which they succeeded, at least for now. However, the glory was short-lived; as karma made quite the return to make life miserable of all those a part of the fallacious anti-Trump project.

According to The New York Times, John Weaver has for years sent unsolicited and sexually provocative messages online to young men, often while suggesting he could help them get work in politics, according to interviews with 21 men who received them. His solicitations included sending messages to a 14-year-old, asking questions about his body while he was still in high school and then more pointed ones after he turned 18. Weaver has been found to have asked for sexual favours in return for political returns for his victims, which ranged from offering them jobs to getting them connected to American politicians.

He told one man he would “spoil you when we see each other,” according to a message reviewed by The New York Times. “Help you other times. Give advice, counsel, help with bills. You help me…sensually.” Weaver also entrapped young gay men on Twitter, with the conversations often beginning with references to work before shifting to things like their personal appearance, workout routines and favourite sexual positions. Interestingly, John Weaver was the same man passing sermons to Donald Trump during the #MeToo storm which gripped the world.

It would not be a misrepresentation to call Lincoln Project a far-left radical organisation, supported by top Democrats and jealous Republicans who couldn’t help but frown at the popularity of Donald Trump. Since 2019, the Lincoln Project amassed funds close to $90 million from various donors. The largest donor, supplying $1 million, was billionaire hedge fund manager Stephen Mandel Jr., founder of Lone Pine Capital. Other supporters include Hollywood billionaire David Geffen (who donated $100,000), Boston media magnate Amos Hostetter Jr. ($100,000) and Silicon Valley investors Michael Moritz ($50,000) and Chris Sacca ($10,000). Martha Karsh, who is married to private equity billionaire Bruce Karsh, gave $50,000, according to Politico.

Interestingly, the Associated Press reported that more than half of the organization’s funding had been directed to consulting firms that had been controlled by Lincoln Project officials — a massive sum that fed accusations that leaders had enriched themselves, exposing a grand money-laundering infrastructure with which debt-ridden officials of the Lincoln Project paid their credits off.

The Lincoln Project was first told about the perverted behaviour of John Weaver in June 2020, following which he was sent on a medical leave from August. However, no other action was taken against the man, although all top officials knew exactly what was happening around them. Fellow co-founder and veteran Republican Steve Schmidt claimed that there were no known complaints against Weaver that would have warranted an internal investigation. Schmidt became one of the many leaders of the anti-Trump PAC to resign Friday evening. Also announcing their departures Friday were spokesperson Kurt Bardella and Nayyera Haq. Tom Nichols, a foreign affairs columnist and professor, Jennifer Horn, a senior figure in the organization among other also snapped ties with the Lincoln Project.

As a matter of fact, if you thought the Lincoln Project only has dubious financial dealings to account for, wait until you come to know that all employees of the PAC are bound by non-disclosure contracts, making speaking out for them about a variety of issues, including sexual harassments at the work place, an impossibility. Now, of course, the remainder of the Project is calling upon past and present employees to approach the PAC for a waiver on such contracts so that they can speak out.

The moral high ground with which Project Lincoln took to derailing the Trump campaign and besmirching the former President’s name now stands exposed. In fact, the political action committee had no right to engage in the political campaign like it did. President Joe Biden must be ashamed of coming to power with explicit aid from Project Lincoln- or we at least hope he is.