Iran issues ultimatum to a weak Biden: Return to the deal within a week or get ready for a nuclear Iran 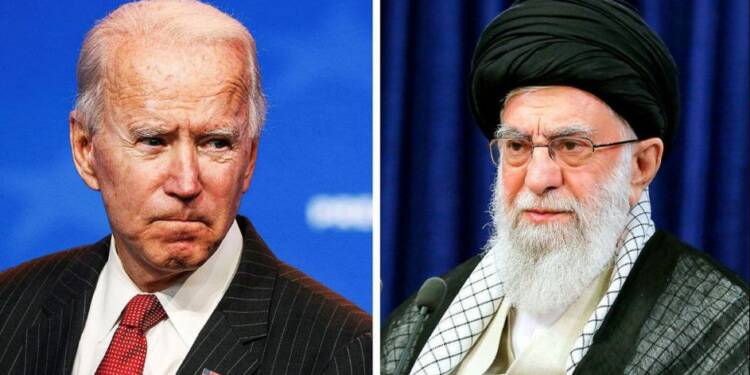 Iran’s political leadership is realising that Joe Biden is acting like one of the weakest US Presidents till date. And now Tehran is extorting with a simple threat- return to the nuclear deal within a week or get ready for a nuclear Iran.

On Monday, Iran threatened to block all snap inspections by the International Atomic Energy Agency (IAEA), if other parties to the 2015 nuclear deal or Joint Comprehensive Plan of Action (JCPOA) do not fulfil their obligations. The reference to other parties here is a signal to Washington, which abandoned the nuclear deal during the Trump regime. Till now, Iran wasn’t in a position to make such threats as it feared reprisals from Trump but with Biden things are different.

Iran’s Foreign Ministry spokesman Saeed Khatibzadeh said, “If others do not fulfil their obligations by Feb. 21, the government is obliged to suspend the voluntary implementation of the Additional Protocol.” Khatibzadeh added, “It does not mean ending all inspections by the U.N. nuclear watchdog…All these steps are reversible if the other party changes its path and honours its obligations.”

Iran is actually serious about restricting the international nuclear watchdog. Iran’s envoy to the International Atomic Energy Agency revealed that Tehran informed the UN watchdog about its plan next week to end sweeping inspection powers given to the agency under the nuclear pact.

Under the legislation enacted by the hardline Iranian lawmakers last year, Tehran has obliged itself to limit IAEA inspections to declared nuclear sites only on February 21 this year. The Iranian government has restricted its short-notice access to any location seen as relevant for information gathering, if other parties did not comply with the deal.

Iran’s latest threat to the Biden administration is a part of its efforts to pressurise Washington into relenting over the issue. In fact, the US President Joe Biden is eager to re-enter the JCPOA but he was waiting for Iran to show some sense of compliance and then move towards returning to the nuclear deal.

So, both sides want each other to blink first. But the way Iran and Biden are going, it seems that Biden will have to blink or else Iran would make the final move towards going nuclear. And as such, Biden has only itself to blame.

US President Joe Biden has been snubbing key Middle East allies- Israel and Saudi Arabia, only in order to appease Iran. Tehran realises that Biden is really desperate to re-enter the 2015 nuclear deal. Tehran can demand whatever it wants, by using the JCPOA as a bargaining tool to hold the Biden administration to ransom.

‘You will face serious consequences,’ Philippines issues threat to China for its aggression in South China Sea