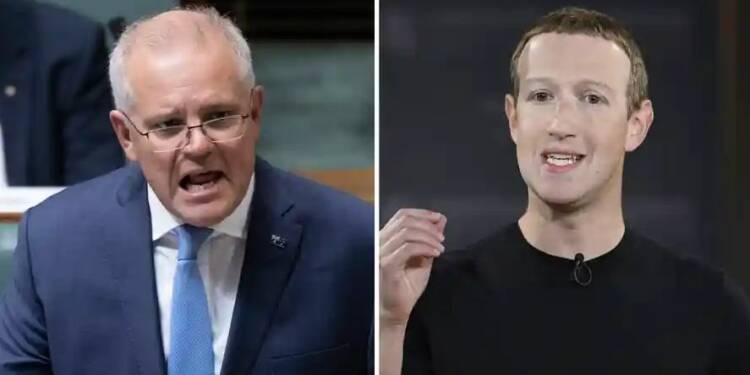 Facebook’s erratic and almost lawless attitude regarding the spread of news in Australia is costing it too much. Its tactics of bending the rules failed considerably. The same was described very accurately by Julian Knight, a British lawmaker, as an attempt to bully a democracy. Facebook has, in fact, hit its toe on an axe and its decision to blockade Australian media and essential government services which could have led to a humanitarian crisis, has attracted severe criticism. These critics are keen on dismantling the egoistic organisation down to its bones.

The background story, that concerns not only Australia but the entire world, has been the long-standing issue of the passing of laws in Australia that will make global digital giants like Facebook and Google pay news outlets for the content that they acquire. Such arrangements shall help the small local media houses in protecting their work from the predatory work of big corporations, which often resort to manipulating the facts and presenting the facts in a biased manner.

But Facebook showed disdain to this fair arrangement and went on to blackout the presence of all news media in the country. This move by Facebook, which calls itself a responsible global organisation, has invited severe criticism. In this way, Facebook showed its disregard for democratic values. It is in the fabric of the company which feeds on the sole cause of profit-making and nothing else.

Australian Prime Minister Scott Morrison stated that his government is determinant on implementing the fair law which is essential for the survival of decentralised and democratic information sharing. He scrutinised the malpractices undertaken by the American technology giant to curb the voices of Australian news agencies by blocking them on its platform.

When Facebook, in its most arrogant form, decided to choke the spread of news and interfered in the dispensing of essential information regarding healthcare and emergency services, Morrison fiercely grilled the tech giant and called its behaviour “disappointing”. The decision of Facebook has shown the world what these big companies are capable of. They are similar to dictatorial, autocratic regimes and can inflict unforeseen damages to the countries by just raising a finger.

Along with Facebook, another tech giant – Google had also threatened to disable its search engine facilities in Australia if it was asked to pay the local publishers a fair fee for the services that it receives free of cost. But all the arrogance of Google fell back in line when PM Morrison replied sharply, “We do not respond to threats”.

Scott Morrison government has already made it clear that they are going ahead with the media platform bill and tech giants can do nothing but mourn and cough up the unjustly stolen money, they all have been sitting on for years. Morrison, not even for once was unnerved by the bullying of such tech companies and revealed to reporters that countries like India, Canada, France and Britain might soon follow the same course taken by Australia in implementing a similar media bargaining code. He disclosed that he had spoken to Indian Prime Minister Narendra Modi and Canadian Prime Minister Justin Trudeau regarding the issue and had their support.

When Zuckerberg and Facebook decided to blackout news content in Australia, they must have felt overconfident in the illusion of them being above the law. The courageous fight that Australia has started against the authoritarian tech companies is quickly reaching beyond the borders.

Facebook and other global tech players have long perceived themselves as expendable. These companies think of themselves as being greater than the countries where they operate. They forget that the advertising sector which feeds their enormous appetite for profits is fulfilled by the people of these countries.

Appalled by the indecent behaviour of Facebook, users across the world are erasing their accounts forever. Tech giants forget that if a country decides to leash them, they will fall and might never rise again. Soon they might even find their names in the long list of businesses that failed because their owners became too big for themselves.

The first international embarrassment for Biden, he was forced to take his words back by India, Japan and Australia