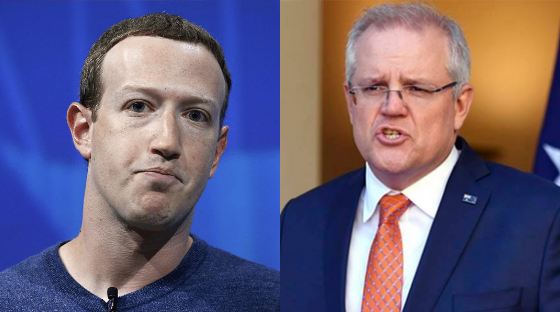 Australia’s Prime Minister Scott Morrison isn’t letting big tech get away easily. In the ongoing tussle between the Morrison government and Facebook, the latter made the first move by suddenly blocking all news on the social media platform. Facebook’s move to stop Australians from sharing news on the platform also led to several state government and emergency department accounts getting blacked out.

The abrupt move by Facebook was a part of its rebellion against Morrison government’s posposed news media bargaining code that requires tech giants to pay compensation for journalism. But now the Morrison government is responding with a brutal boycott. Australia is going to run a massive communication campaign for COVID-19 vaccination, including in the online medium, to ensure that vulnerable people turned up for a shot.

As per a latest Reuters report, Australia’s Health Minister Greg disclosed the plan to launch the wide-ranging communication campaign hours before Australia began inoculations with the Pfizer/BioNTech vaccine.

Reuters report further clarified that a ban on health department spending for advertisment on Facebook would remain in place until the dispute between Facebook and the Australian government over payment of compensation to media houses is resolved.

Hunt told the Australian Broadcasting Corp. “On my watch, until this issue is resolved, there will not be Facebook advertising.” The Health Minister added, “There has been none commissioned or instituted since this dispute arose. Basically you have corporate titans acting as sovereign bullies and they won’t get away with it.”

With this, the Morrison government is actually taking away an opportunity from Facebook to make loads of money by becoming a part of the massive communications campaign.

In India, the government has had a major tussle with Twitter and as per a latest ET Now report, the Modi government will soon start sharing important updates and announcements first on Koo, and then 1-3 hours later on Twitter. “The second option is for the ministers, bureaucrats, ministries and departments to first share the update on Koo, and then copy-paste that link on Twitter. This is also being planned to increase Koo’s traction,” ET Now quoted the anonymous source as saying.

The idea behind such actions is to make social media giants obsolete, if and when needed. When there is lesser information to access on social media platforms, people tend to get driven way and this ultimately harms the ad business of such tech giants.

Within Australia, the signals are clear. The Scott Morrison government has started snubbing Facebook and the first big boycott has started with the tech giant’s exclusion in the vaccination communications campaign. The Australian news channels might also stop engaging Facebook, because they don’t get paid anyway.

Facebook wanted to take on the Morrison government but it seems to have backfired badly.