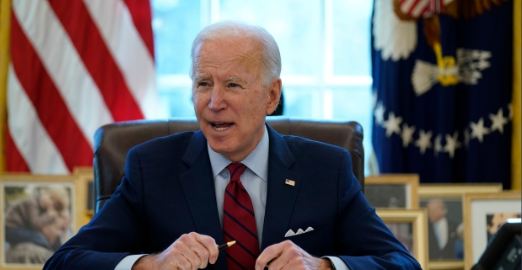 US President Joe Biden is about to turn truly populist. Throughout his election campaign, Biden was making promises that bordered on radical socialism. But nothing was as utopian as the Biden administration’s “Raise the Wage Act of 2021” that would more than double the minimum wage in the United States from the current $7.25 to $15 per hour by 2025.

The $15 dollar/hour minimum wage plan is being hailed as a gamechanger by the Democrats and Americans too seem amused by the move. Well, it’s because workers think that they will be paid higher wages. But what Americans don’t realise is that Biden’s wage plan is a Pandora’s box, which is waiting to explode. Higher wages for some often lead to cost-cutting, mass lay-offs and drastic minimum wage revisions thus tend to shoot up unemployment.

What we are telling you also finds corroboration in an analysis by the Congressional Budget Office (CBO). On Monday, the CBO- the non-partisan legislative budget referee agency, said that the “Raise the Wage Act of 2021” would lift 900,000 Americans out of poverty in 2025. So far, so good.

But this is where the real caveat comes in- while 900,000 workers would be lifted out of poverty, 1.4 million workers would go jobless. In its assessment, the CBO predicted that with increasing labour costs, some companies will invest in technology or automation. The CBO added, “Young, less-educated people would account for a disproportionate share of those reductions in employment.”

The sharp hike in the minimum wages threshold is purportedly a means to address income inequality. Yet, the CBO says that the cumulative pay of the affected people would go up by $333 billion over the 2021-2031 period, out of which there would be a total higher pay of $509 billion offset by lower pay of $175 billion due to reduced employment.

So, how does the revision of minimum wages lead to income equality? In fact, it is likely to flare up income inequality even further.

Increasing unemployment has other consequences too. There will have to be increased federal spending on unemployment compensation, which would, in turn, lead to a greater tax burden on an average American. Also, the Biden administration might feel compelled to cut down on other programs such as nutrition aid.

There is empirical evidence to suggest that drastic minimum wage hikes do more harm than good. By pushing an ambitious minimum wage plan, Biden is trying to replicate the “California model” all across the US. In California, the $15/ hour wage plan is already in force. And as per the Employment Policies Institute, the state is on track to lose 400,000 jobs by 2022. Now, Biden is actually trying to impose a similar jobs disaster across the US.

Seattle offers yet another example when it comes to the adverse effects of Biden’s ambitious minimum wage plan. In 2015, the Rainy City hiked the minimum wage from $9.47 to $11 per hour. Thereafter, in 2016, a study from the University of Washington found that the hike in the minimum wage led to a decline in low-wage employment by 1 per cent.

Low-skilled workers are likely to be the worst hit. In fact, there are many studies to prove that raising minimum wages reduces the employability of low-skilled workers. This is not a US-only phenomenon. Even in the European Union, countries without any minimum wage like Sweden, Denmark and Finland, have lower unemployment rates.

The fact remains that all a low-skilled worker can bring to the table is cost competitiveness. What if the Biden administration takes away the only competitive advantage which such workers have to offer? Even employers turn to other measures like cost-cutting and the use of automation technology or even artificial intelligence.

Make no mistake, Biden’s $15 dollar/hour minimum wage plan is going to move the US towards radical socialism. And it is only likely to widen income inequality, apart from pushing hundreds of thousands of American workers into destitution.