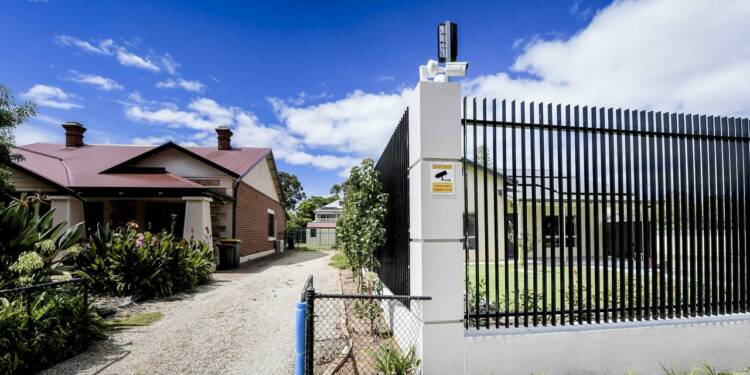 For China, no frontier is far enough to create its spying network. It has not even been a year since its consulate was shut in Houston on the charges of spying and with the recent developments in Australia, it seems Beijing has not learnt its lesson. The Chinese Communist Party and surveillance are synonymous terms, while the citizens within China have no other option but to live with it, people of proud democratic nations like Australia can raise their voices against such actions and this is exactly what they are now doing.

Now the Chinese consulate in Adelaide has come under increased scrutiny with the Australian federal government being encouraged to look at the scale and reach of China’s consulate in South Australia. Increased community anxiety is visible over such a large building in the middle of a peaceful Adelaide suburb.

Now the residents in the nearby vicinity are feeling insecure as the consulate has set up surveillance cameras directed into the suburbs surrounding this highly fortified structure. Two South Australian senators are urging Foreign Minister Marise Payne to look into the workings of the consulate in Joslin after more than 20 neighbouring residents raised concerns with The Australian.

Now the residents in the nearby vicinity are feeling insecure as the consulate has set up surveillance cameras directed into the suburbs surrounding this highly fortified structure. Two South Australian senators are urging Foreign Minister Marine Payne to look into the workings of the consulate in Joslin after more than 20 neighbouring residents raised concerns with The Australian.

Senator Alex Antic of the South Australian Liberal Party said he would approach Senator Payne with more general concerns regarding the Chinese consulate. “I have some questions about the size of the consulate and I will be writing to the Minister for Foreign Affairs in relation to these concerns, as well as the observations regarding behaviour that have been made.”

In addition to this, Premier Steven Marshall who holds the eastern suburbs seat of Dunstan, which houses the consulate had received complaints of locals, as confirmed by a government spokesman. “The member for Dunstan has been contacted by a small number of constituents regarding this matter and has referred these development concerns to the local council who have responsibility for any such applications in the area,” the spokesman said.

Senator Rex Patrick has accused the consulate of spying and says it has no place in Australia’s defence and space capital. These accusations should be observed concerning the fact that the city has only two other consulates staffed with foreign nationals, Greece and Italy, and they have far fewer staff than the Chinese consulate, which has 12 staff members.

He was right in placing these concerns of spying, as it is not a coincidence that China established a permanent consulate in Adelaide in 2017, at the same time the announcement of the fleet modernization was made. The size, capacity and manpower have since increased. China announced in 2017 that the 5,600-square-metre site, which contains at least four houses, will be used for “offices and accommodation.”

The up-gradation of the consulate with the setting up of surveillance cameras and improving the structures within are easily an overkill if one considers the size and the diplomatic utility of a consulate in such a thinly populated area. But, when one adds the defence and security angle, it makes all the more sense.

Australia plans to construct 54 warships over the next 20 years as part of the country’s largest defence overhaul since World War II, with the bulk of the construction taking place near the Osborne naval shipyard near Adelaide. Adelaide also has an airbase that controls naval activities in Australian waters to the southwest, as well as the top-secret Woomera research range to the north. Other bases can be found in Western Australia.

All these defence and security establishments make it a prime target for spying. As per earlier reports, spying agencies reportedly are targeting the scores of contractors based around Osborne, including local affiliates of foreign manufacturers like BAE Systems (UK), Raytheon (US), Babcock (UK) and Naval Group (France). And the fact that Chinese submarines and vessels used for electronic detection are being spotted with increasing frequency in waters off southwestern Australia makes it all the more certain that China is involved in high profile spying activities.

Although such reports were coming out for quite some time, the latest reservations and complaints by the neighbouring residents, regarding the consulates infringing on their personal space has re-ignited the issue. The fact that the surveillance cameras are directly faced at their houses and roads, the spying tactics cannot get any more apparent. Australia’s victory in its hard-fought unofficial trade war with the Chinese as it sustained through Beijing’s bans on imports has emboldened it and this time it will not let the issue slide lightly.

The Australia of 2021, is not the same Australia of the previous decade, which used to take a more conciliatory route in fears of China hurting it economically. The days of economic intimidation have passed and Canberra has come out stronger out of the trade war with China. This emboldened Australia will make sure that these actions that directly infringe on its sovereignty and make its defence priorities compromised are dealt with an iron fist. Going ahead we can expect more developments in this story.