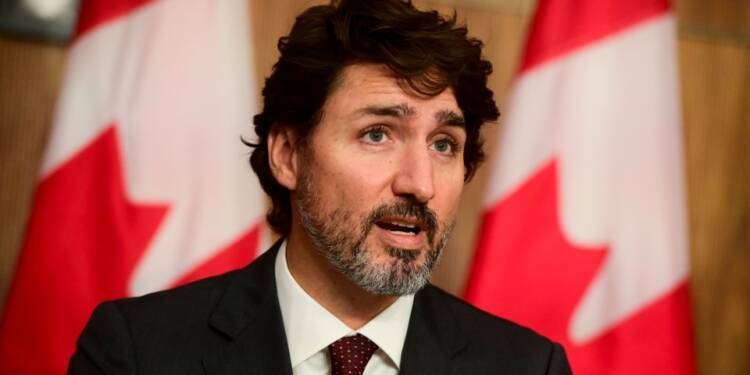 A bad leader can bring a country down from the epitome of affluence to the catastrophic abyss. This fits perfectly with the current administration of Canada led by Justin Trudeau. The word mismanagement is an understatement when one describes the way the Trudeau administration has managed the COVID-19 pandemic. Canada, being a developed nation, had a lot of tools at its disposal and correct utilisation of which would have made it a shining example of how to act in the face of a pandemic.

However, Trudeau’s lacklustre and laidback approach turned out to be a catastrophe and all the tools at his disposal were of no utility. The seriousness of the problem can be gauged from the fact that over half of the Canadian businesses do not know how long they can continue. That is the conclusion the Canadian Chamber of Commerce came to after hearing from businesses, large and small, all across the country in their latest Canadian Survey on Business Conditions.

Canada is on the verge of an economic meltdown, and it is courtesy of the way in which the Trudeau administration approached the pandemic and the economic decisions it made afterwards. While madmen like Erdogan were able to achieve this feat by engaging in multiple destabilising confrontations in numerous regions, Justin Trudeau seems to have outdone them by achieving this feat without even following the example of Erdogan.

The Canadian economy was already on a ventilator given the populist economic direction, rather than a calm headed, scientific approach. His promises mostly revolved around populist ideas like climate vigilantism and legalising marijuana. The results began to show shortly after Justin Trudeau assumed office in 2015. Canadian GDP growth declined sharply and the GDP per capita growth went down to 2.7 per cent, as compared to 6.3 per cent in the US. Even during the Pandemic, Canada’s economy shrank almost twice as much as the US economy did. One must also consider the fact that the United States of America recorded more COVID-19 cases per capita.

Read more: Trudeau inherited a rich Canada and turned it into an economic mess in just 6 years.

The carelessness with which the Canadian government has approached the pandemic worsened the already shaky economic situation. After a month of denial, Prime Minister Justin Trudeau announced the formation of a top-level cabinet committee to combat the outbreak of the virus that was quickly spreading across Canada on March 4, 2020.

The prime minister took another two weeks to close all international borders. Dr Theresa Tam, the chief public health officer, changed her mind after two months, saying that face masks should be worn inside and that “a cotton tee paired with rubber bands” would suffice. After inexplicable 11 months, the Trudeau government mandated that foreign visitors needed to present a negative COVID-19 report for accessing Canada by land or air.

This was combined with a popular economic response, which garnered applause, but was not economically prudent. Spending hundreds of millions of dollars you don’t have in the name of a politically-unassailable pandemic attack plan. Business leaders confide that the relief handouts should have been better targeted.

The combination of these two decisions was one of the biggest blunders in the recent history of the Canadian government. “With a whopping 51% reporting they did not know how long they could continue to operate at their current level of revenue and expenditures before considering closure or bankruptcy, the coping ability of businesses to weather the pandemic is quickly dwindling,” notes Dr Trevin Stratton, the Chamber’s Chief Economist, in a news release.

All these developments have shown how an incompetent leader can make a whole country face a lot of troubles. Justin Trudeau is turning out to be a perfect example of the type of leaders one should not elect. Trudeau’s horrendous management of the Covid crisis has closed businesses and drove people to the verge of penury.