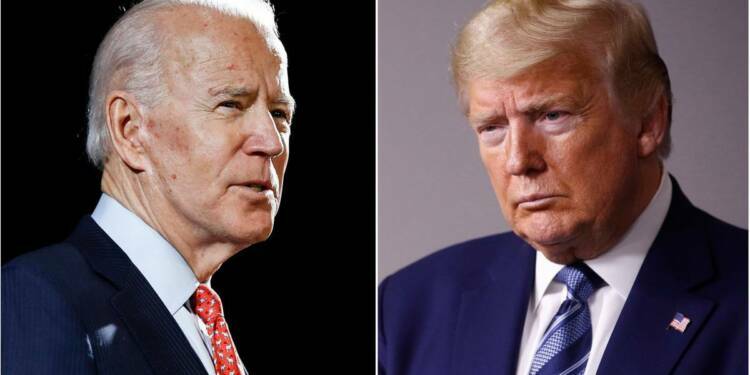 It is happening. It is here already. An invasion of the United States of America has started from the country’s southern border, and illegal aliens are all over the place, preying on the sovereignty of America and ready to defile it. The United States has been gripped with illegal immigrants, all within just over a month of the Democrats usurping power and Joe Biden assuming the presidency. In January, the US’ border patrols were apprehending over 3,000 illegal infiltrators every day along the southern border. Last Wednesday, that number is said to have surged to a whopping 4,500.

Needless to say, this is an immigration crisis born out of Joe Biden’s disastrous policies, focused mostly on reversing Trump’s air-tight infiltration control measures. When one simply opens the country’s borders, projects Biden and his administration as a messiah for illegal immigrants and works to grant them asylum en masse, the number of border crossings will only expectedly surge.

Joe Biden and the Democrats think that with a rise in immigration into the United States, the quantum of their voters too will increase. However, the crisis runs much deeper this time around. The border facilities, where these immigrants are housed until they are vetted, have started reaching saturation, and the number of daily crossings is simply not lessening.

And what does Biden really think, he will gain by opening up the country to hordes of illegal infiltrators? Consecutive terms of the Democrats getting voted to power and getting their candidates to win the presidency? Well, the septuagenarian is in for a big surprise.

There are five reasons why the current immigration crisis in the US threatens to bury Biden and the Democrats and help Donald Trump and the Republicans as soon as in 2024.

Read more: Biden’s policy to respect and resettle illegal immigrants have now started killing them. But he refuses to acknowledge it

First, Hispanics hate socialism. The illegal immigrants who are coming in are eventually going to turn against Biden’s brand of socialism because they would not want to embrace the very menace that they escaped their home-countries for. Imagine leaving everything you have, with the hope of starting afresh, only to realise that Democrats in the United States have lost their minds and are hell-bent on creating a socialist society themselves.

Mexicans, Latinos, Spanish, and all other immigrants are crossing the border with the hope that they will be aided in wealth creation. They are not putting their lives in danger to escape one socialist country only to enter another to-be socialist nation.

Secondly, Mexicans and South Americans in general are religious people. The Democrats, meanwhile, for reasons best known to them, are turning increasingly anti-religion and pro-communism. Take for instance the contentious issue of abortions. Although Joe Biden is a Catholic himself, he has not been able to mitigate the backlash Democrats have had to face due to a vast majority of them being pro-abortion activists. By being anti-religion and anti-traditions, the Biden administration is impressing nobody, not even the immigrants, who rest assured, will not vote in favour of anyone who does not respect their religious sentiments.

Then there comes the issue of the Biden administration being perceived as mindless on the subject of immigration. While people from around the world try their level best to legally earn American citizenship, President Biden and his proxies are working overtime to open the country’s southern border, leading to an immigration crisis like no other. Not only does this make the Biden administration look biased, but also creates a palpable perception of the White House occupants using their position to create vote-banks for themselves among illegal immigrants who they are allowing to enter the country.

The fourth reason why Biden’s rather large-hearted immigration policy is bound to face backlash, particularly among the border states, is that they have to bear the brunt of Democrats going all hippie in Washington DC with their crazy decisions. It is the border states which have to pay the price of an unending line of illegal immigrants trying to make their way into the country. Such states will begin despising Biden and his party, leading to the Democrats’ fortunes shrinking.

Finally, the existing Hispanics in America have already started moving towards the Republicans, as was evident from the 2020 vote percentage. It is highly likely that the new entrants will be influenced by the Hispanics who have been staying in the US for a long time. Trump earned 28 per cent of Latino votes in 2016 and approximately 32 per cent in 2020. The Red Party is no longer seen as a non-starter among Hispanics. And that should have Joe Biden sweating day in and out.

The only respite for Joe Biden will come if he abandons his lunatic-like Left inclinations, and starts working on a saner political agenda. Respecting religious beliefs, abandoning ‘wokeism’ and strengthening border control measures should be the other starting points for the new President. Otherwise, he will lose the support of those he set out to ‘save’ in the first place.

Donald Trump is coming to Alaska to handle an ‘indisciplined’ Murkowski.