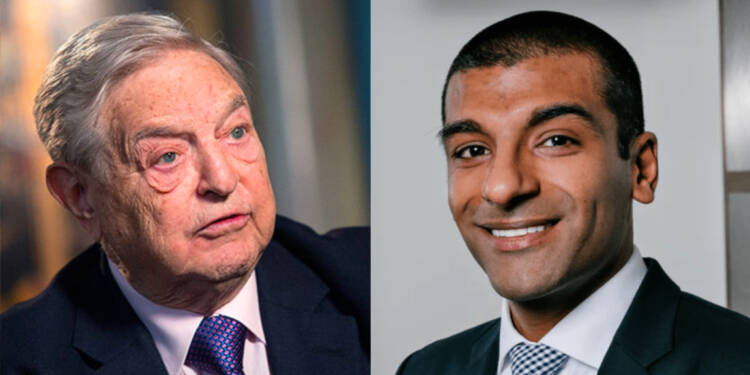 The extent to which George Soros is pumping his toxic-leftist ideology right at the heart of the Presidential office is horrifying. The newly appointed Special Assistant to the President for Criminal Justice is a former fellow at George Soros’ Open Society Foundations. The appointment has been made in the form of Chiraag Bains who will give his services at the Domestic Policy Council. Bains was involved with Open Society Foundations from 2017-18 as a Leadership in Government Fellow.

George Soros – the name will ring a bell in the minds of our well-read readers, as an individual who has long been affiliated with the likes of people responsible for the spread of anarchy and lawlessness in the USA. The radical-leftist billionaire is one of the biggest contributors to Joe Biden’s electoral campaign. Now, since Biden and his Democrats are in power, Biden has no choice but to place Soros’ pets on important decision-making positions.

Soros has deliberately pushed for the appointment of far-left District Attorneys to the power all across the US. For enabling this, several experienced prosecutors have been fired from their jobs or have been allocated to the low- level crimes such as disorderly conduct, vagrancy and loitering.

Unsurprisingly, under Soros’ support of anarchist and terrorist elements, his pawns in power have dismissed the looting and rioting charges that were put against hundreds of Black Lives Matter activists and Antifa terrorists.

The Biden administration includes a large number of individuals who are or have been directly involved with the foundation. Much like Chiraag Bains, Sarah Cross, who held the post of advocacy director at Open Society Foundations, was bestowed with a seat in the new administration’s State department transitional team.

There are several other similar individuals. Michael Pan, who was a special adviser in the Open Society Foundations’ executive office, is joining the US’ mission to the United Nations team. Similarly, Diane Thompson, who is a member of the Consumer Financial Protection Bureau team of the Biden Administration, was also a ‘Leadership in Government’ fellow at the Open Society Foundations.

The New America think tank, which receives regular funding from Soros, will now lend the services of a couple of individuals by the names of Sharon Burke and Viv Graubard to Biden administration in the important capacities at the Department of Defence and the Department of Labour teams.

According to sources, Soros poured in more than $70 million in Biden’s presidential campaign. He and his like-minded grouping called Democracy Alliance Donor Club was quite close to the Obama administration and the relationship will be reinstated very soon. The club, which is a network of several rich donors was co-founded by Soros and it is reported that the group arranged a massive $275 million for Biden and against President Trump in the 2020 elections.

Media outlet Vox had described the club as the “closest thing that exists to a left-wing conspiracy” in the United States.

It is widely known that George Soros influences politics on a global scale. He allegedly impacts economies around the world, giving birth to riots that can engulf entire nations, which is like a child’s play to him. There is no doubt that George Soros is behind much of the political and economic turmoil that the US and other nations are experiencing. He is a global puppet master who has long influenced the likes of Obama, David Cameron and Angela Merkel. He undoubtedly dictates the doctrines of the world through his far-left agencies spread across the globe.