Google could face $5 billion fine for its ‘Incognito Mode lies’ 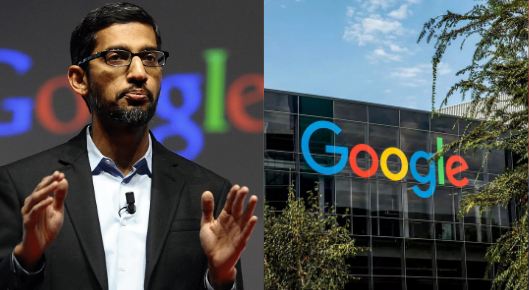 Google knows it all, but it surely didn’t know this was going to happen when a Californian judge slammed the technology giant over its poor privacy and user protection practices. The case involves Google’s reluctance to stop the in-depth collection of user data even when they want to opt-out of it.

The case started in June, last year, when three users had filed a lawsuit against Google for collecting data on its Chrome browser even when the Incognito mode is turned on. The lawsuit seeks a massive $5 billion from the company. The petitioners also called out Google for engaging in an aggressive “pervasive data tracking business”. Tech corporations have been feeling the heat as the awareness about the constant profiling of users upon their internet usage has been exposed.

There has been uproar against Facebook and its subsidiary like WhatsApp for stealing the user data even when they claim it to be end to end encrypted. Google has reportedly told that it will eliminate third-party cookies that support advertisers to keep an eye on the web activity of the consumers

The fear in the mind of people is genuine as we are seeing what big companies with the ability to minutely monitor the actions of people can do. Chinese firms like Huawei, Tencent, ByteDance and others have been reportedly conspiring with the Chinese government to profile their users. These companies are bound by the Chinese laws to share the information with the Chinese Communist Party as and when the party wishes. This shows how much a threat can a technological monopoly can pose.

The ‘bold and brave champions of the new world’, technology companies like Google, Twitter and Facebook have become what the people never imagined. They are the new rulers of people’s money, lives and conscience. The absolute misuse of power by the big tech companies is reminiscent of the authoritarian and absolute dictatorial regimes of Hitler, Stalin and Mao. The lack of empathy and constant surveillance paired with in-depth data collection has become the standard norm for every technology company in the world.

They enjoy an uninterrupted supply of data provided to them by unknowing people which they sell to advertisers for handsome profits. The profits earned from the data of innocent people feed the never-ending hunger of these companies. Technology is supposed to be used for the betterment of people. Technology should have been a tool that makes the lives of people better and its benefits should be shared with all of humanity. But the corporations have transformed humanity’s greatest invention – the ‘internet’ into a device that has the potential of filling the lives of people with the fear of being constantly watched.

These tech companies have become bigger than the countries where they operate. They work as supra-national governments and have reportedly been used to rig elections, influence the voting patterns and even incite destructive riots. The only way to put a reign on these tech firms is to challenge them head-on and never back away from a head-on collision with them. A possible solution should be the Balkanization of these firms.