China opens a new front in the South China Sea, this time with Indonesia. And Jakarta is hitting back hard 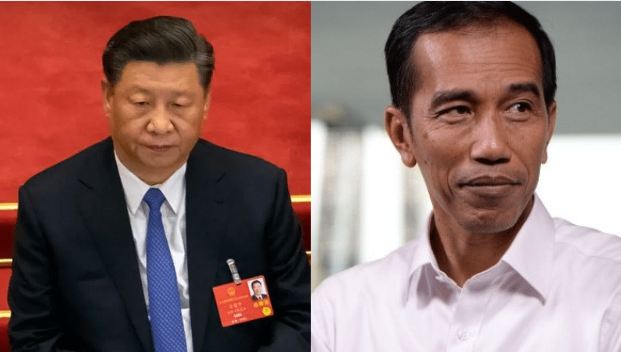 The South-East Asian countries have had enough of Chinese aggression. After dealing with it for the whole past decade, they are not willing to take it without expressing their reservations and ready to hit back at China. Indonesia’s civilian maritime force, Bakamla, has accused the Chinese naval ships of entering its 200-mile exclusive economic zone (EEZ) around the Natuna Islands and has clashed several times with Chinese coastguard vessels escorting Chinese fishing boats in the area.

This issue has become more pronounced since the Chinese Communist Party passed a law allowing its Coast Guard to shoot foreign vessels if they are found to be in the territory claimed by China. The Chinese have already found unwelcoming Japan and the Philippines, who have made it clear that there will be retaliation if China implements these laws carelessly. Now with the movements around the Natuan Islands by Chinese vessels not decreasing, China has opened a new front with Indonesia in the South China Sea.

China should tread carefully when it comes to the Natuna Islands, a region belonging to Indonesia that borders the disputed South China Sea, a global trade route rich in fishing stocks and energy reserves.

That was the view of former Singapore diplomat Kishore Mahbubani, when asked at the SCMP China Conference: Southeast Asia last month whether there were any potential flashpoints between China and the 10-member Asean bloc.

The ASEAN member countries have become all the more confident as the Quad seems to have reinvigorated. Recently a meeting among the Quad heads of the states took place virtually. The joint statement, which was released after the summit, especially mentioned the importance of ASEAN and reiterated its centrality. The statement read, “Promoting a free, open rules-based order, rooted in international law to advance security and prosperity and counter threats to both in the Indo-Pacific and beyond. Adding strong support for ASEAN’s unity and centrality as well as the ASEAN Outlook on the Indo-Pacific.”

Read more: Singapore has always shied away from criticising China but looks like things are changing and changing fast

Recently even the Philippines has made it clear that it will not take these escalations lightly. Philippines Foreign Minister Teodoro Locsin Jr vowed last month that any Chinese response would bring serious consequences, reported The ASEAN Post. “So far there has been no incident. If there is an incident, I can assure you there will be more than just a protest,” Locsin told local media, after issuing a formal diplomatic protest against what he called a ‘verbal threat of war’ by China.

Read more: ‘You will face serious consequences,’ Philippines issues threat to China for its aggression in the South China Sea

In December 2019, China sparked a major maritime confrontation with Indonesia when dozens of Chinese fishing vessels, along with a coastguard escort, entered Natuna waters. Indonesia responded by summoning China’s ambassador and dispatching warships and F-16 fighter jets to patrol the region. The following month Indonesian President Joko Widodo declared there would be “no compromise” on Indonesia’s territorial sovereignty, and demonstrated his point two days later by visiting the islands.

Beijing claims that the area Indonesia considers its EEZ is part of China’s historical fishing grounds, though it has played down this disagreement by saying it can be managed through bilateral talks.

Jakarta insists there is no basis for China’s claim. These seemingly intractable positions mean the two often find themselves talking at cross purposes.

These baseless claims and following intimidation would have worked earlier, but now given the Quad maintaining its presence in the Indo-Pacific, these ASEAN countries will not be intimidated easily. The Chinese may be opening a new front with Indonesia, but Jakarta is willing to hit back at them.