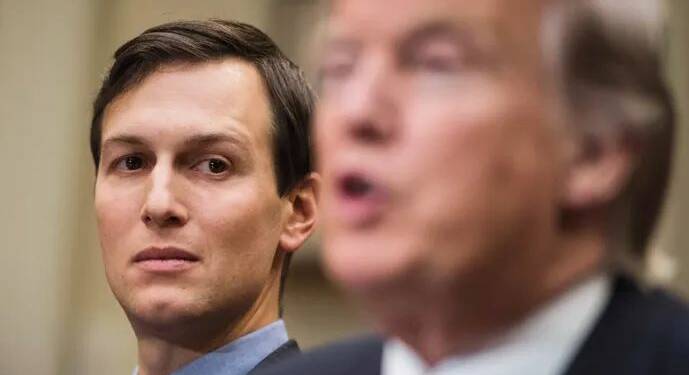 Jared Kushner, former senior White House adviser and Ivanka Trump’s husband has decided that he is a new man now, who is “effectively done with Trump’s rhetoric.” On Sunday, the son-in-law of Donald Trump, who owes his fame solely to the former President, took to the Wall Street Journal, which published an op-ed by him detailing his views on the situation in the Middle East and the way forward. The op-ed was a glowing extollation of President Joe Biden, particularly his handling of Iran. However, the op-ed serves as a window of opportunity for Jared Kushner to enter the good books of the Biden administration in order to revive his political career.

Make no mistake, Kushner has grown fond of the White House. In the past four years under the tutelage of Donald Trump, Jared became among the most important persons in America, aware of all that was happening in the nation. As senior adviser to Donald Trump, Kushner steered many of the previous administration’s decisions and gave a sense of direction to the former President on a multiplicity of issues. Among the most important of Kushner’s contributions has been his work towards achieving peace in the Middle East and playing an instrumental role in brokering the Abraham Accords.

With the Trump administration gone, however, Jared Kushner currently finds himself unemployed, which is why he took to penning a piece praising the Biden administration for its supposed “foreign policy prioritization of China”. Yet, on the Iran front, Kushner could not help but admire Joe Biden’s approach, as he wrote, “While many were troubled by the Biden team’s opening offer to work with Europe and rejoin the Iran deal, known as the Joint Comprehensive Plan of Action, I saw it as a smart diplomatic move.” The fact that Iran has started bullying the United States due to the abject submission of Joe Biden before it, as reported by TFI earlier, is a subject which the son-in-law of Donald Trump chose to conveniently ignore.

Read more: Spare the rod and spoil the child: Biden’s Iran policy will only make Iran greedier, nastier, and even more dangerous

Jared Kushner went on to opine, “The Biden administration called Iran’s bluff. It revealed to the Europeans that the JCPOA is dead and only a new framework can bring stability for the future. When Iran asked for a reward merely for initiating negotiations, President Biden did the right thing and refused.”

From going on to creating history alongside President Trump to now praising Biden’s mindless foreign policy, life has taken a turn for quite the worse when it comes to Jared Kushner.

Many have come to believe that Kushner might be stretching his luck way too far, especially with the Sunday op-ed published by the Wall Street Journal. It was solely due to Donald Trump that Kushner amounted to something significant in the previous administration. The latest attempts by him, however, indicate that the man is trying to outgrow himself from the shadows of Trump, and trying to carve out an entirely new image for himself; one in which he does not shy away from praising Biden for his Iran policy, or lack thereof.

As a matter of fact, soon after President Donald Trump ‘lost’ the elections, Jared Kushner started distancing himself from the West Wing. Unlike Donald Trump’s other family members who have stuck with the man even after he left the White House, Jared Kushner has obviously developed some new ideas of how to remain politically relevant in the country. For the Trump administration, Jared Kushner had a say on it all – from domestic policy, foreign policy, staffing, speechwriting, national security, criminal justice reform, budget, Covid-19, and every other thing besides these.

Yet, Kushner has historically, in the past four years, always been seen at the forefront when the Trump administration was celebrating a victory or had good news to share, while he comfortably retired into a safe spot, away from media glare when things did not go down as planned or expected. The same tendency of Kushner seems to have come into play after Trump lost his re-election bid.

Former President Donald Trump himself, though, is quite relieved that Kushner is no longer part of his ‘MAGA’ circle. In many ways, his son-in-law proved to be an impediment for Donald Trump while in office, who gave rather unwanted advice on matters not concerning him. Yet, Trump made it a point to not snub the man. How Kushner seems to be repaying his father-in-law is now quite visible. Trump, however, has had enough and no longer requires Kushner’s services as an adviser. In the long run, Kushner’s absence may prove to be beneficial for the Trump campaign for 2024.

Essentially, Jared Kushner wants to retain his lobbying power. Those who know of his future plans say that Kushner wants “to be someone you would go to on the Republican side to put a deal together.” Apart from staying relevant domestically, Kushner also wants to have a say in the US’ Middle East policy, irrespective of which administration comes to power. Brokering peace deals and ensuring that they hold are also said to be of particular interest to Trump’s son-in-law. Essentially, he wants to become the go-to lobbyist in the United States.

To achieve the same, Jared Kushner is now willing to prostrate before the Biden administration, which, as is largely known, does not have the best interests of America in mind. Right now, Kushner is not a part of Trump’s ‘inner circle’, once again signalling how he is simply an opportunist who wants good times handed to him on a platter, while not slogging to achieve the same. To put it simply, Jared Kushner is the kind of backstabber that Trump can work perfectly fine without.

China opens a new front in the South China Sea, this time with Indonesia. And Jakarta is hitting back hard