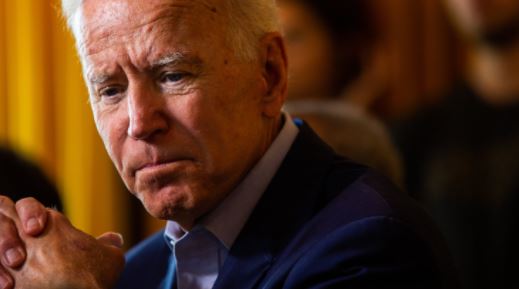 The Biden administration is missing no opportunity to prove their disdain for middle America and the red states. It is as if they want to define “healing America” by leaving the people who voted a Republican on their own. President Joe Biden’s one of the earliest decisions was the cancellation of the Keystone XL oil pipeline project which, in the garb of Climate activism, brushed aside any prospect of improving the lives of the people in middle America.

However, the Republican representatives of these states are no longer willing to take this kind of treatment as it is. A group of red states filed a lawsuit on Thursday against the Biden administration for revoking the permit for the Keystone XL pipeline, which the president did via executive order on his first day in office.

As per reports, Attorneys general from 21 states on Wednesday sued to overturn President Joe Biden’s cancellation of the contentious Keystone XL oil pipeline from Canada. Led by Ken Paxton of Texas and Austin Knudsen of Montana, the states said that the Biden administration had overstepped its authority when they revoked the permit for the Keystone pipeline on Biden’s first day in office.

The lawsuit says that the president, in issuing his Jan. 20 executive order and his Cabinet officials in enforcing it, is exceeding their authorities under both the Constitution and the Administrative Procedures Act (APA).

Upon completion, it would have moved up to 830,000 barrels (35 million gallons) of crude daily from the oil sand fields of western Canada to Steele City, Nebraska, where it would connect to other pipelines that feed oil refineries on the U.S. Gulf Coast. There were many pros to the project and the biggest beneficiaries would have been the predominantly red states, as these states have seen no upward movement in their standards of living given these states have been ignored for the longest time. But the Biden administration is hell-bent on making those states suffer who voted for the Republican candidate.

Read More: Democrats in battleground states are not liking Biden’s clean energy changes at all and will not go ahead with it

The State Department noted that a total of 42,000 jobs would be created directly and indirectly during the pipeline’s construction, which is estimated to take a year. One of the main reasons is that Canada’s oil sands are landlocked, and direct access to foreign markets through Texas refineries and ports will enable them to be expanded further. Both the Canadian and American oil markets will benefit from this.

Another compelling argument is that by increasing its energy supplies, North America will further reduce its dependence on Middle Eastern imports, resulting in lower fuel prices for domestic customers. In addition to jobs, the pipeline would have had a phenomenal impact on the American economy at large. But Joe Biden put his own agenda ahead of the country’s welfare and development.

Using the Keystone XL pipeline as an example, after the project is completed, an extra $3 billion will be added to the American economy. In Canada, it will generate a comparable amount of income per year. As a result, the profitability of the goods shipped by the pipeline will increase and there will be fewer accidents due to the mechanisms of other modes of transportation.

When a pipeline transporting natural gas, crude oil, or even water is open, a full system is no longer needed to reach the resources. That means it will be able to enter new regions in the arctic where electricity could be widely transported without the need for bridges, tankers, or other infrastructure that could cause spills in sensitive areas. Many of the pipes are still buried, which avoids further complications on the surface if a spill does arise.

Despite all these pros, the Biden administration went ahead and cancelled the project, and showcased his prioritisation of virtue signalling and furthering the left’s agenda over the betterment of the lives of the middle Americans.

“The Keystone XL pipeline disserves the U.S. national interest,” Biden’s order said. “The United States and the world face a climate crisis. That crisis must be met with action on a scale and at a speed commensurate with the need to avoid setting the world on a dangerous, potentially catastrophic, climate trajectory.”

Montana Attorney General Austin Knudsen said the suit is aiming to salvage a project that was a lifeline for his state. “This pipeline was set to go through six counties in extreme Eastern Montana… five of those counties are already designated as high-poverty counties,” he told Fox Business. “The project was set to become the largest property taxpayer in all of those counties… That’s out the window. Just shy of 4,000 jobs, that’s out the window”, added further.

A President cannot brush aside the concerns of a large swath of people who could have gained tremendously from the project. Instead of creating alternate means of making the lives of the concerned counties and states better, Joe Biden went ahead and ended any near prospects of bettering the lives of the people of these states. This not only shows the inability of the Democrats to understand the intricacies of the situation at hand but also shows the criminal lack of empathy for their fellow Americans.

Canada is heading towards hyperinflation, but Trudeau loyalist agencies are not showing the reality