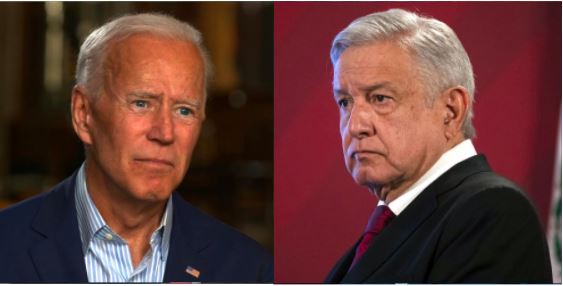 The Biden administration’s persistence on taking an opposite route to the Trump era border policy, by keeping the southern border with Mexico porous, has turned out to be a nightmare. The Southern States are facing immense pressure with the large influx of illegal immigrants is angering the people of bordering states. As the increased footprint of illegal aliens has multiplied, turning the border crisis into a catastrophe, Joe Biden seems to have realised his folly.

Joe Biden cannot accept in the whole public view that his border policies have been a total disaster. This is why he is relying on Mexico to reduce the influx of immigrants from across the border. This month, Biden asked Mexico’s President Andrés Manuel López Obrador in a video call, whether more could be done to help solve the problem, according to Mexican officials and another person briefed on the conversation.

However, according to a senior Mexican official, this conversation becomes more interesting when seen in the context of the two presidents discussing the possibility of the United States sending Mexico some of its surplus vaccine supply. It is in the public domain that Mexico has asked the Biden administration to send it doses of the AstraZeneca vaccine. The fact that the possibility of a vaccine supply is being discussed at a time when Joe Biden is asking Mexico to help curb the migrant surge, means that it is a Quid Pro Quo.

At a news briefing on Thursday, Jen Psaki, White House Press Secretary, said that the discussions over vaccines and border security between the United States and Mexico were “unrelated” but also “overlapping.”

Psaki said, “There’s rarely just one issue you’re discussing with any country at one time.”

Although both sides have denied the possibility of a Quid Pro Quo, the actions of the Mexico government tell a different story. As per a Reuters report, Mexico is preparing to significantly reinforce efforts to detain the US-bound migrants who illegally crossed its border with Guatemala, in response to a jump in people trying to enter the United States.

According to people familiar with the proposal, Mexico will send security forces to stem the flow of migrants, a majority of whom are from Central America’s so-called Northern Triangle, which includes Guatemala, El Salvador, and Honduras – whose economies were hit hard by the coronavirus pandemic and hurricanes last year.

The Biden administration’s immigration policies have made the southern border with Mexico a safe route for drug cartels and other criminals. Texas Governor Greg Abbott recently warned that Biden’s border policies are causing a surge in illegal immigration into the United States and “enriching and empowering” drug cartels in Mexico, who profit from smuggling migrants. The Texas Governor’s comments came as the number of unaccompanied children in border patrol custody has risen to 4,200.

In January, the US border patrols were apprehending over 3,000 illegal infiltrators every day along the southern border. Early this month, that number is said to have surged to a whopping 4,500. These developments as well as the criticism from Texan Democrats have made Joe Biden acknowledge the crisis.

And, as Joe Biden is struggling to accept the folly of his own actions, he wants Mexico to help him reduce the footfall of the immigrants. He is trying to bribe Mexico with vaccines and get it to stop the flow of migrants as the barter.

Democrat Governor Gavin Newsom is going down, but the mainstream US media has gagged itself and for a shameful reason