He needs to be examined thoroughly 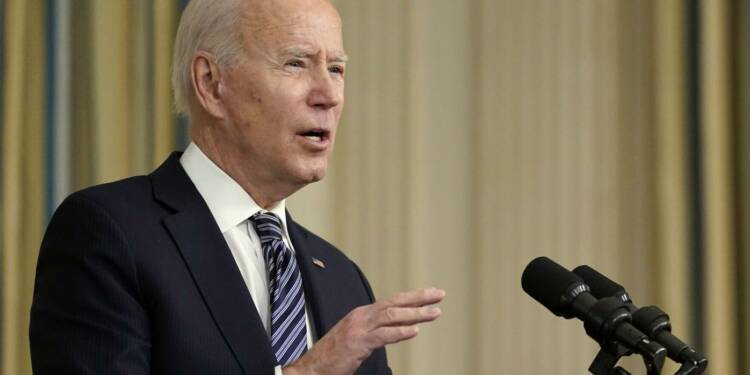 The world is passing through a Pandemic, which apart from causing deaths and economic slowdowns, has also led to regional conflicts and clashes. So, powerful countries need dynamic leaders. India, for example, is led by Prime Minister Modi who is 70 years old, Russia is led by Vladimir Putin who is 68 years old and China is led by its 67-year-old President Xi Jinping. As for Europe, Germany is led by its 66-year-old Chancellor Angela Merkel and France is led by President Emannuel Macron who is only 43 years old.

But what about the United States of America- the most powerful nation on the face of the earth? It is now led by a 78-year-old leader. We are talking about Joe Biden who took over as the US President recently. You see, Joe Biden is actually a very old US President. He is the oldest man till date to take oath as the US President, and all the former Presidents who attended Biden’s swearing-in ceremony were younger than him.

As the President of the United States, you need to be a fit man. You know, with the launch codes, and a number of other domestic and political issues, you have to be someone who understands what is happening around him. It doesn’t help if your age shows up in an awkward way.

With Biden, his age does show up in a highly embarrassing way- shocking gaffes and verbal blunders. Biden has made countless gaffes and he is a gaffe machine to be precise, which tends to suggest that the US President might have a comprehension issue.

Biden is known to utter gibberish in his speeches. You know, his infamous slurry speeches when he is hardly able to scramble enough words and deliver a coherent sentence.

But it’s not the incomplete and meaningless sentences that we are all worked up about. Rather, it is when he does end up muttering a full sentence that things go over the top and get rather embarrassing. Because the adorable Joe ends up saying things like “I am beginning to see why your wife left you”. He did this during a Presidential campaign speech.

Biden has always had a controversial political career. He had first run for President in the year 1987, and a successful campaign would have made him one of the youngest American Presidents till date. But things turned haywire, as Biden was severely criticised over plagiarism. The Democrat had lifted phrases from a British Labour politician while making closing remarks at a debate.

Over the next three decades, Biden got older and clumsier. With the passage of time, his gaffes only got more embarrassing and more frequent. Biden used to allege that Trump makes gaffes, whereas Trump actually had a relatively sharp mind but the Democrats did not like what he say. Biden, on the other hand, ends up making absolutely vapid remarks.

In 2019, Theresa May, called up Biden. She wanted to complain about Trump. But what did Biden do? He muddled up her name and said, “Margaret Thatcher, um, excuse me. Margaret Thatcher — Freudian slip. But I knew her too. The Prime Minister of Great Britain, Theresa May.”

Even as the US Vice-President under the Obama administration, Biden wasn’t the wittiest of lieutenants. In 2008, he said, “A man I’m proud to call my friend . . . Barack America!” At a later rally, Biden made another blooper. He said, “The number one job facing the middle class . . . happens to be, as Barack says, a three-letter word: Jobs. J-O-B-S. Jobs.”

But these were innocent bloopers. Sometimes, Biden’s lack of comprehension does turn insensitive too, like asking former US Senator Chuck Graham, a wheelchair user following an accident in teenage years, to stand up for a round of applause.

Way back in 2012, he addressed Democrat voters, and things went fine, until the then US Vice President said, “Folks, I can tell you I’ve known eight presidents, three of them intimately.”

Talking about Biden’s ‘intimate’ relationships with ex-Presidents, the 78-years old did show himself as some sort of an Obama loyalist during the Presidential campaign last year. But Biden does have an issue with concealing his thoughts too. At a 2012 rally, the then Vice President gave away a big secret and said, “My mother believed, and my father believed, that if I wanted to be President of the United States, I could be, I could be . . . Vice President!”

But Presidency wasn’t always on Biden’s mind. So, in 2006, he also said, “I’d rather be at home making love to my wife while my children are asleep.” Well, we can’t blame him- people tend to have their own priorities.

It is definitely embarrassing if Biden had plans to be the Vice President and take control of things, or if he valued conjugal commitments over American Presidency. But there are bigger issues at play here. Being the US President is not an easy task and you also have to keep a tab on your administration. The old age and mental health of a President must not let his deputies take charge of affairs when Americans had actually elected a particular person to lead them.

But Biden fails to get a grip over his team. Once, he described his running mate Kamala Harris’ husband Doug Emhoff as — “Kamala’s wife”. But the gender mix is something that can be painfully ignored. What cannot be ignored is that Biden ended up calling Kamala the “President-elect”. This is the biggest cause of worry- what if Biden is overwhelmed by the will of his deputies?

Even when Trump was in power, the vindictive American liberal media engrafted a conversation about the former US President’s mental health. But the issue is a lot more serious with Biden, who is older and tends to make way too many gaffes.

Turkey has moved to Russia’s side. Israel, Japan and India have expressed similar feelings too – Biden is losing Cold War 2.0