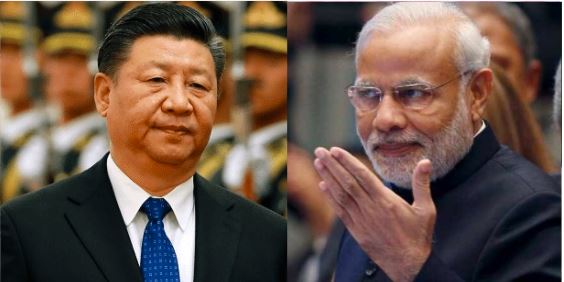 Chinese Communist Party (CCP) proves with every passing day, how thin-skinned it is when it comes to taking criticism. Staying true to its credentials, China has put a blanket ban on the discussion or any sort of critical analysis about the PLA casualties in clashes such as the one with the Indian Armed Forces in Galwan Valley last year.

The CCP and Xi Jinping administration in Beijing have passed a law that came into effect on 1st March, and the dangerous aspect of the law is that it is vague and broad. The new law penalises “infringing on the reputation and honour of revolutionary heroes.” A government that has denounced all the historical identities of the Chinese people and has forced the whole population to buy in on the Communist heroes, has become really scared of any content and speech that triggers historical nihilism.

“Historical nihilism” — means, rejecting the party’s official version of history and its pantheon of revolutionary heroes and martyrs. This has been identified as the latest challenge and these kinds of action can threaten the legitimacy of the CCP among the masses.

To show the intent of normalisation and to placate India, China had partially revealed its soldiers that died during the Himalayan border clash in the summer of 2020. China, for the first time, said that four Chinese soldiers died during a bloody Himalayan border clash with Indian troops in June 2020, adding that the men were given posthumous awards. As per Reuters, Chen Hongjun, Chen Xiangrong, Xiao Siyuan and Wang Zhuoran died during what Chinese state media described as a “fierce struggle” against “foreign troops” that violated an agreement and crossed into the Chinese side. However, this also led to some Chinese people asking relevant counter-narrative questions.

Read more: At Biden’s behest, Jinping is appeasing India to take back the control of the region, but PM Modi is a tough nut to crack

The blogger Little Spicy Pen Ball had concerns when China admitted that four of its troops had died battling Indian troops on the two countries’ disputed mountain border eight months earlier. “If the four [Chinese] soldiers died trying to rescue their fellow soldiers, then there must have been those who were not successfully rescued,” he wrote on Feb. 19 to his 2.5 million followers on Weibo, a Chinese social media site, “This means the fatalities could not have just been four.”

The next day, Qiu Ziming, the 38-year-old former newspaper journalist who runs the blog, was criminally charged. He will face a three-year prison term if sentenced.”Little Spicy Pen Ball maliciously slandered and degraded the heroes defending our country and the border,” said an annual work report published by the country’s chief prosecutor office this month.

This was despite the fact that a law passed in 2018 allows police to investigate speech that defames martyrs. According to an online spreadsheet maintained by a free speech activist, several people have been detained as a result, but such behaviour has never resulted in a jail sentence.

In its vulnerability, the Communist Party of China has enforced a blanket ban on the criticism of the PLA and going ahead, CCP will run out of ways to increase its authoritarianism.

As Emmanuel Macron seeks EU leadership, France has a plan for Taiwan and China is rattled by it