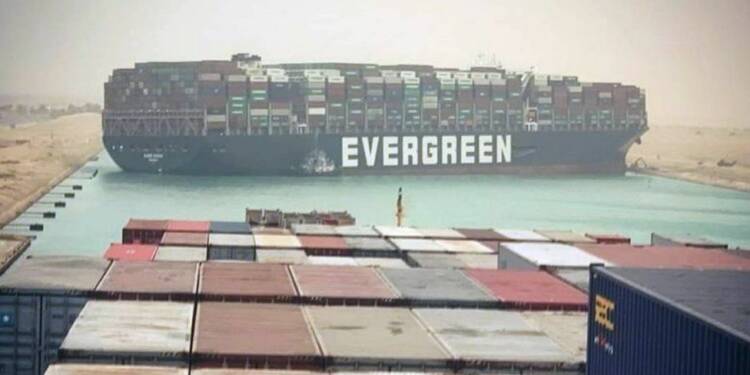 The Suez Canal is blocked and it has taken the world shipping industry back to the 18th and early 19th century situation where they have to follow along the Cape of Good Hope and choose the costlier route for transportation. The skyscraper-sized cargo ship blocking Egypt’s Suez Canal, like a “beached whale”, may remain stuck for weeks as salvage teams work to free the vessel.

Efforts to dislodge the huge Ever Given container ship that is blocking the Suez Canal will take until at least next Wednesday, increasing the possibility of more consequences from the disaster, which has already disrupted the flow of crude, grain and automobiles. This could dry up world trade significantly making many nations suffer.

Read More: Kra Canal: China is creating another naval route to escape a blockade by India and only Thailand can stop it

As the maritime industry scrambles to keep supplies going, vessels expected to cross the Suez Canal are starting expensive and time-consuming detours across Africa. Shipping prices are now increasing — the cost of shipping a 40-foot container from China to Europe has almost quadrupled in the last year — bringing a new challenge to the global supply chains, which is still wracked with shortages and disruptions as a result of the pandemic.

A protracted backlog between Europe and Asia threatens to throw ships off schedule which are scheduled months in advance so importers can prepare their orders, maintain inventories and keep store shelves stocked or manufacturing lines going.

As per Al Jazeera, rerouting around South Africa’s Cape of Good Hope would add 6,000 miles to the journey and something like $300,000 in fuel costs for a supertanker delivering Middle East oil to Europe. Shipbrokers report that oil traders are increasingly hiring tankers with “just-in-case” options to sail around Africa should the blockage drag on.

After the blockage first emerged, charter rates for oil tankers have risen in several areas. Suezmax boats, which transport 1 million barrels across the canal on a daily basis, are now fetching about $17,000 per day, the highest since June 2020.

All of these developments are coinciding and as things become stagnated, the situation of world trade may become more precarious. A world that is already reeling with the COVID-19 stagnation will have the problems increased for a while.

“Evergreen Line will continue to coordinate with the shipowner and Suez Canal Authority to deal with the situation with the utmost urgency, ensuring the resumption of the voyage as soon as possible and to mitigate the effects of the incident,” Taiwan’s Evergreen Marine Corp, which leased the vessel, said.