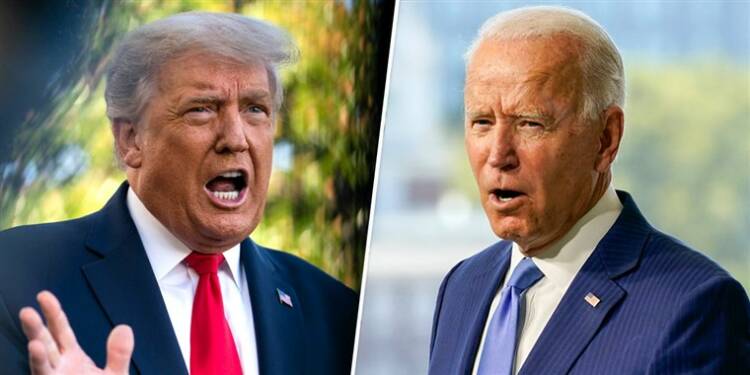 As the unprecedented crisis on the United States’ southern border shows no signs of abating and the Biden administration becomes a global laughing stock, former President Donald Trump has returned to the forefront to give a piece of his mind to President Joe Biden. Trump has referred to the illegal immigrant surge as a situation that threatens to destroy America and its society.

Trump has been known for a tough border policy that kept out migrants trying to illegally enter the United States. The proactive approach had affected the drug cartels as well which used the southern border to smuggle in drugs like methamphetamine and cocaine. Now, however, both illegal immigration, as well as drug trade, have seen a conducive environment under the Biden regime, and this has left Trump with the responsibility to drag and shame Biden.

Speaking to Fox News’ Judge Jeanine Pirro, Donald Trump revealed plans of him making a visit to the crisis-struck border shortly, within the coming few weeks. The former President mentioned that a lot of people want him to visit the border, especially the border patrol agents and ICE officials who are suffering from a crisis of their own – that of a complete absence of leadership from the higher-ups.

In the interview, Trump called President Biden’s undoing of the “Remain in Mexico” policy, or the Migrant Protection Protocol (MPP), a “very bad decision.” The former President said, “Thousands and thousands of people are coming up right now as we speak. And you’re going to have millions of people pouring into our country. And it’s going to destroy our country.” Trump also attacked Biden for halting the construction of the historic Wall and instead, throwing the borders open. Last week, the former President accused Biden of causing “death and human tragedy” by undoing some of his border policies.

A statement by Donald Trump last week read, “We proudly handed the Biden Administration the most secure border in history. All they had to do was keep this smooth-running system on autopilot. Instead, in the span of a just few weeks, the Biden Administration has turned a national triumph into a national disaster. They are in way over their heads and taking on water fast.

While speaking to Fox News, meanwhile, Trump reiterated the utmost need for Biden to reinstate the “Remain in Mexico” policy and complete the border wall. The MPP keeps migrants in Mexico as they await their asylum hearings back in the U.S., and prevents the southern border of America from being overstressed by repeated surges of illegal immigrants. By repealing the policy, Biden paved the way for millions of illegal immigrants to take the Northern trek, who were confident that they could seamlessly jump into the United States to either be released into its mainland by a liberal Biden administration, or make it through themselves without ever being apprehended.

That is precisely what is happening. As reported by TFI earlier, the number of illegal immigrants arriving on the U.S.A.’s southern border is rising with each passing day, and the Biden administration, due to lack of infrastructure like temporary housing facilities for such illegal immigrants, is releasing them soon after apprehension. Effectively, hordes of illegal immigrants are being released into the community, without them being issued with Notices to Appear (NTA).

Donald Trump also revealed that countries like Mexico were furious with the Biden administration for its handling of the prevailing crisis. He said Mexico is now “very angry at us…We’re not getting along with Mexico any longer. You have a great president of Mexico who was fantastic to me.”

And indeed President Lopez Obrador of Mexico has blamed the crisis on Joe Biden. He said “Expectations were created that with the Government of President Biden there would be a better treatment of migrants… And this has caused Central American migrants, and also from our country, wanting to cross the border thinking that it is easier to do so.”

Donald Trump also mentioned how the media was not being allowed to cover the prevalent crisis due to the absolute apathy with which the Biden administration is handling the situation. He mentioned how border patrol and ICE officials are incredible people, who have unfortunately been rendered leaderless ever since Joe Biden took over as President.

After having thrashed Joe Biden for his handling of the border crisis, Donald Trump also made it a point to remind Americans about the humiliation caused to their country by China at Alaska. Trump said that China never dared talking to him or his administration in the tone with which they disrespected and humiliated Biden’s representatives. With his frequent appearances and talks, Trump is making sure that the Biden administration remembers that the former President is keeping a continuous tab on it, and will aggressively question and expose it whenever necessary.

‘No discussion on falling stocks,’ Chinese govt bans discussions on the poor state of China’s economy