Democrats deployed forces to stop white supremacists, a capitol cop was gunned down by a Nation of Islam follower 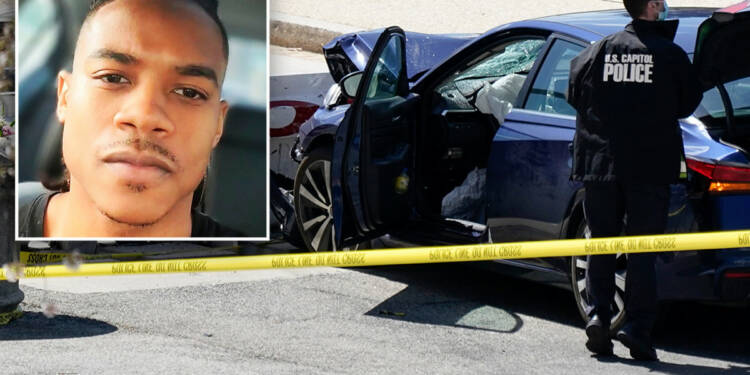 The U.S. Capitol was attacked once again on Friday. You have not heard about the incident? Well, as it turns out, the attacker was not a White Nationalist. Instead, he was a Nationalist Black Islamist. The culprit, who has been shot dead, has been identified as Noah Green, 25, from Indiana. The Islamist attacker also had ties with Virginia. The Islamist fanatic, as seen from his now-deleted Facebook profile, harboured a seething hatred for America and its people. Noah Green was a devout follower of the Nation of Islam and went by the name, “Noah X”.

On Friday afternoon around 1:00 pm, Noah Green rammed his car into the security barrier placed at the Senate side of the US Capitol complex in Washington DC. Having rammed his car at the vehicle access point along Constitution Avenue, the bloodthirsty Islamist stepped out from his Sedan car and attacked two police officers with a knife, killing one and critically injuring the other. The officer who died, identified as William “Billy” Evans, was brutally stabbed by Noah Green during the fatal attack. The victim had been serving the United States Capitol Police for 18 years.

The Black nationalist, whose only loyalty lay with the bloody ideology of Islamism, blamed the US government for being hostile towards the Black community. “The US Government is the #1 enemy of Black people!” he wrote on Facebook. Noah Green was also a devout follower of Nation of Islam Head Louis Farrakhan, who has been alleged to be having links with Democrat leaders. Interestingly, no politician in America is willing to call out the crime for what it is – an attack on America stemming from the deep-seated hatred for the country among some Black extremists.

The U.S. Capitol has been fortified with thousands of forces following the January 6 mob violence which saw the seat of American democracy being defiled. Of course, since many in that mob were Whites, the American intelligentsia and liberals were quick to pin the blame squarely on ‘White supremacy’ and ‘White nationalists’. Now, following the Friday attack, nobody in American seems to be willing to call out the misplaced sense of eternal victimhood among a significant section of the Black population, which by the way, is a major reason why certain members of the community end up engaging in violent acts of extremism.

While the forces were deployed around the U.S. Capitol to save it from being attacked yet again by ‘White Nationalists’, as fate would have it, a Black extremist decided to show up and attack the United States’ Capitol and its security personnel. President Biden, who is at Camp David said, “Jill and I were heartbroken to learn of the violent attack at a security checkpoint on the U.S. Capitol grounds, which killed Officer William Evans of the U.S. Capitol Police, and left a fellow officer fighting for his life. We send our heartfelt condolences to Officer Evans’ family, and everyone grieving his loss. We know what a difficult time this has been for the Capitol, everyone who works there, and those who protect it.”

Other leaders too expressed condolences to the victim’s family but shied away from addressing the cause of the police officer not being alive any longer. The same cause, around which conversation in the U.S. is considered ‘insensitive’, ‘racist’, and politically incorrect.

As Biden prepares to go ahead with Iran nuclear deal, Iran tells Biden to remove all sanctions at once