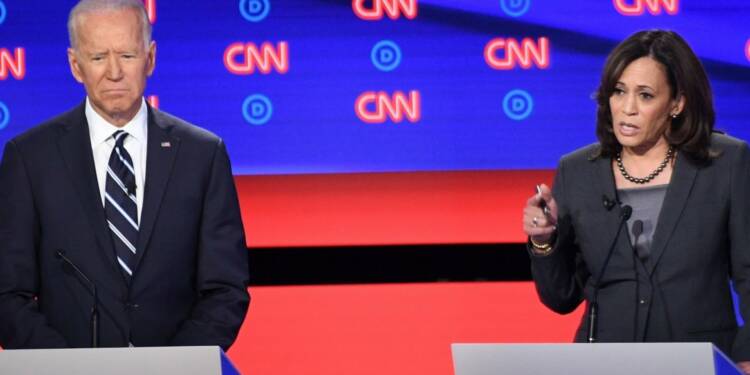 The situation at the southern borders of the USA has been escalating to a very grave extent. However, despite solving the problem in its entirety, the Biden administration has been following the policy of either pushing the problems under the rug or just stop the media from reporting the issues and voila the problem is solved. And as the Democrats continue to play pass-the-buck among each other, the citizens of the southern state are suffering for real.

As Joe Biden was not able to handle the situation and wanted to save face, stated that he will be handing over the handling of the border situation to his Vice President Kamala Harris. But Harris herself is now pulling her hands back – claiming to be in charge of the “root causes” of what is happening at the border, but not the border itself. So if Joe Biden has delineated the task to Kamala Harris and Kamal is not accepting her role, then who is handling the border crisis?

It seems the virtue-signalling duo is not able to find any politically correct way to solve the problem and thus, have decided to bide the time and just act as if they are doing something. Joe Biden since coming to office has made the southern border with Mexico porous and allowed the entry of illegal immigrants no questions asked. But, this utopian and virtue-signalling stance has made the life of the citizens of the southern states really miserable.

Immigration has been one of the biggest issues for the Biden administration. The recklessness and the ineptitude displayed to reverse the border policies of the previous administration has engulfed the southern states into a full-blown crisis. Besides, this is a major issue and needs an immediate, quick and decisive response which the President should have addressed directly, but knowing Joe Biden’s capabilities, or lack of it, appointing Kamala Harris in charge was not a bad idea. But she seems to not care at all about the crisis. However, as she herself is not willing to deal with the issue at hand, it seems that all democrats are doing is to pretend that they are doing something.

Harris’s office said that she would be working closely with other members of the cabinet including the Secretary of State, the International Development Administrator and the Northern Triangle Special Envoy. A few days ago, when Kamala was asked a valid question seeking to know whether she would be visiting the crisis-struck border, she laughed out loud, almost hysterically.

Read more: Biden wants Kamala Harris to solve the rampant border crisis but she’s not keen on cleaning up his mess

The situation at the border is leading to instability in the cities and habitats in the bordering regions. The uncounted influx of illegal immigrants is also bringing in criminals, drug dealers and other anti-social elements. So now the duo is caught in a bind. Either they will have to close the border and accept reality, thus going back to the Trump era policy, or keep the border open, keep up the virtue signalling and oversee the destruction of the peace and calm of the southern states, thus losing the support of the people from the region.

As the virtue signalling duo does not want to give up on their wokeness and be seen as the one who closed the borders, they have basically left the southern borders defenceless and the people of the United States to fend for themselves.