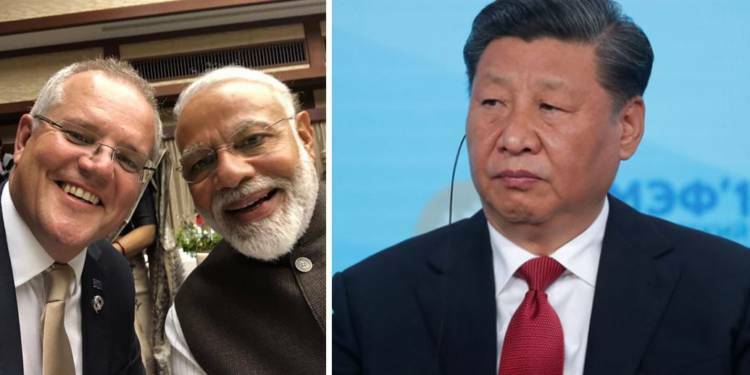 The second half of the last year saw the most intense trade standoff between China and Australia. And as Australia was struggling from the artificial drop in the demand for its exports, it was India that came to its rescue. India, due to its burgeoning demand and infrastructural development, was able to substitute the demand for Australian coal from China.

Analysts predict that Australia, the world’s largest coal exporter, will continue to benefit from rising Indian demand for its coal, which has become cheaper as a result of China’s rejection. Due to the price and quality of Australian coal, traders and buyers expect India’s buying spree to continue into next year. According to data from Lavi Coal Info, Australia, which is already India’s largest supplier of metallurgical coal, accounted for about 20% of India’s thermal coal imports in the first two months of 2021, up from just over 4% on average in 2020.

In late 2020, China shot itself in the foot by imposing an unofficial ban on Australian coal. The move proved counterproductive, as the Chinese steel industry faced a crippling shortage of coking coal – a key raw material in steel production. Even more importantly, Xi’s desperate tariff war against Australia gave Canberra huge leverage over China. Beijing never imposed any trade barriers on Australian iron ore, because the metal is indispensable for Chinese steel mills and the Xi administration could not find any effective alternate to Australian iron ore.

As a result, iron ore prices hit record highs in China. The Chinese Iron and Steel Association (CISA) even blamed Australian miners like BHP and Rio Tinto for slow exports and higher prices. CISA also demanded government intervention. But there is not much that Chinese steel mills can do. The Chinese government has lost face and cannot ask Australian miners to speed up iron ore supply.

While China was repenting for its over-bearing and over-confidence, India was helping Australia in evening out the losses by increasing its import of Australian coal and the relationship has been developing at a very fast rate ever since. After being turned down by China, Indian cement companies began snapping up cargoes of Australian coal that were being sold at steep discounts last year, according to Kirit C Gandhi, joint president of Indian cement company Shree Cement. According to data from consultancy Lavi Coal Info, India became the second-largest buyer of Australian thermal coal in February, as it purchased less coal from its traditional suppliers Indonesia and South Africa.

Read more: Reeling under iron ore and coal crisis because of its tussle with Australia, China decides to import even substandard steel

For the rest of 2021, Lavi Coal Director Vasudev Pamnani expects Australia to retain a 15-20 per cent market share in India’s thermal coal market, primarily at the expense of Indonesia and South Africa, which have both increased supplies to China. The Indian support to the Australian coal export among many other commodities came from a strategic lens as it wanted to help its fellow Quad member country, but now it has grown leaps and bounds and moved beyond strategic viewpoint to a business of mutual benefit.