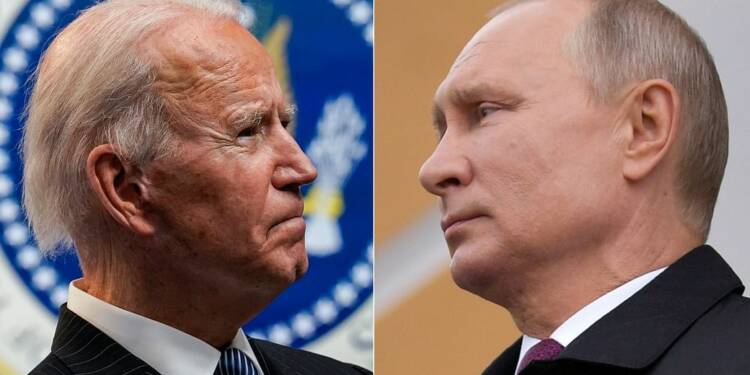 The situation in Eastern Europe is worsening, and the Biden administration’s inflammatory comments coupled with total support to the Ukrainian regime has been one of the major reasons why any positive deliberation is increasingly becoming impossible. Moscow on Tuesday accused the United States and other NATO countries of turning Ukraine into a “powder keg,” after the West sounded the alarm over Russian soldiers massing on the border.

Tensions between Russia and Ukraine have risen as a result of Biden’s pro-Ukraine rhetoric. In light of the situation, Russian President Vladimir Putin responded by deploying a large military force along the Russia-Ukraine border. To make matters worse, the Biden administration has been using words like “costs” and “consequences” to describe their actions. Now, Russia accuses the US and NATO of turning Ukraine into ‘Powder Keg’.

“The United States and other NATO countries are deliberately turning Ukraine into a powder keg,” Deputy Foreign Minister Sergei Ryabkov was quoted as saying by Russian news agencies, adding that countries were increasing their arms supplies to Ukraine. Clashes between Ukrainian forces and Moscow-backed separatists in eastern Ukraine have escalated in recent weeks. The consistent moral boosting has made Ukraine make some very provocative statements, including claiming the earlier signed peace deal is useless.

Russia says it does not want to fight a war with Ukraine, but it has also made it clear that it “will not remain indifferent” towards the Russian speaking population in the Donbas region. In this sense, the Russian troops build up along the Ukraine border suggest that Moscow is ready to back the pro-Russian separatists inside Ukraine’s Eastern region.

Russia is also speakingure of a broader war if growing violence within Ukraine does not abate. Kremlin spokesman Dmitry Peskov said, “The escalation of tensions in the southeast of Ukraine justifies the measures Russia is taking.” Peskov added, “The trend in the behaviour of the Ukrainian side creates the risk of a resumption of full-scale military action.”

Earlier too Moscow has clearly explained its position to the Western powers, expecting them to play by the rules. Any significant escalation in Ukraine’s conflict with separatists centred along the Russian border, according to a senior Kremlin official, will result in Ukraine ‘ceasing to exist’ as the world knows it. Dmitry Kozak, the deputy chief of staff to Russian President Vladimir Putin, said during a virtual meeting of experts on Thursday that if Ukrainian forces launched a major offensive, Russia would be forced to protect its citizens living in eastern Ukrainian border regions that proclaimed independence from the central government in Kyiv seven years ago.

Later Tuesday, Ukrainian Foreign Minister Dmytro Kuleba was scheduled to meet with US Secretary of State Antony Blinken in Brussels. He said before his visit that he wanted to talk about Western support for Ukraine. “We already need to talk about practical assistance that Ukraine can get in the event of a large-scale armed escalation,” Kuleba said late Monday on televised remarks.

The Kremlin, which has not denied the border troop movements, has stated that it does not want to go to war with Ukraine, but that it “will not remain oblivious” to the fate of Russian speakers in the east. While the stakes are too high, and the NATO countries should understand the only way to solve this dispute is to somehow maintain the status quo, but the action of the Biden administration is making the prospects of the status quo extremely difficult.

Ukraine may find it lucrative to use the water support to change the situation on the ground in its favour, but any digression from the previously agreed terms will escalate the situation beyond anyone’ control. In their lame attempt to rekindle the confrontation with Russia to give a semblance of meaning to NATO, the USA and its NATo allies are treading a very dangerous line. Russian threat should not be taken lightly as Europe is dependent on Russo gas and in such a scenario, Russia cutting ties with NATO countries can exacerbate the economic problems courtesy Pandemic.