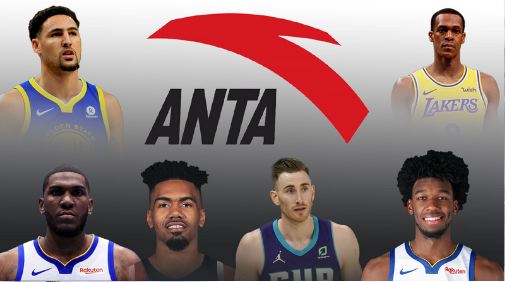 What is happening inside Chinese concentration camps in Xinjiang is quite unfathomable. The ongoing human rights abuses against Uyghur Muslims in Xinjiang are unparalleled and are comparable only with the Nazi concentration camps. But would you believe us if we told you that there is a Chinese sports equipment multinational corporation that supports forced labour in Xinjiang? And that Chinese company not only supports Xinjiang camps but also sponsors some famous American NBA stars.

Last month, Anta Sports issued a statement that clarified, “We will keep buying and using China cotton.” The Chinese company thus not only acknowledged its long-time consumption of cotton produced in Xinjiang, but has also asserted that it will continue to use the product despite presence of several forced labour camps.

Anta Sports has also announced that it would quit the Better Cotton Initiative (BCI)- a Geneva-based non-profit organisation advocating better standards in cotton farming. BCI stopped licensing cotton cultivated in Xinjiang in October last year. The Geneva-based body based its decision on “increasing risk” of forced labour in Xinjiang.

On the other hand, Amer Sports has made it clear that it is an independent company. It has refused to quit the BCI and has also declared that it will continue to follow its own policies, in line with internationally recognised human rights and ethics.

Nikkei Asia quoted a group spokesperson of Amer Sports as saying, “Amer Sports and its subsidiaries are independent companies and adhere to their own policies.” The spokesperson added, “Amer Sports does not tolerate forced labor in any form anywhere in the world, and it is clearly prohibited in the company’s long-established ethical policy.”

Some of the most popular National Basketball Association (NBA) stars are being sponsored by Anta Sports. Kevon Looney of the Golden State Warriors, for example, signed a two-year deal with the Chinese company in the year 2019. Looney had preferred Anta when he got impressed after trying his teammate Klay Thompson’s size 15 ANTAs. Thompson had signed a 10-year deal with the Chinese sports equipment company in 2017.

Yet, Looney and Thompson are not the only ones getting sponsored by Anta Sports. Gordon Hayward, another NBA star, signed a massive four-year deal with Anta in the year 2018. The deal included a signature apparel collection and footwear for Hayward. Similarly, another ex-Golden State Warriors player, Jacob Evans, had signed a deal with Anta Sports.

Anta has been really popular amongst professional basketball players for the Golden State Warriors. James Wiseman too, for instance, signed a shoe deal with the Chinese company this year and ESPN’s Nick DePaula claimed that the NBA star will be an integral part of the brand’s upcoming “Z-Up” line of shoes.

Another famous NBA player, Rajon Rondo, the four-time All-Star and NBA champion has been associated with Anta Sports since 2013.

Anta Sports gets along well with many NBA players. In 2019, there was a tussle between NBA and Anta, when Houston Rockets General Manager Daryl Morey had tweeted in support of Hong Kong protesters. Morey had quickly deleted the tweet but Anta issued a statement declaring that the company opposed any actions harming China’s interests and that it was dissatisfied with the comments made by Houston Rockets and NBA executives.

As per a 2019 Reuters report, Anta Sports had then claimed that it would immediately halt contract renewal negotiations with the NBA. Yet, only in February 2021, Wiseman signed a shoe deal with the Chinese sports equipment company.

Anta Sports is admittedly aiding the forced labour camps being operated by China in Xinjiang. Yet, Anta has also managed to act as the sponsor of some of the biggest NBA stars you know about. Anta Sports is a symbol of how companies with Chinese authoritarian characteristics are easily getting involved in Western-liberal societies.

China came up with a plan to copy western cities, but two decades down the line they are merely ghost towns

China’s trademarking tactics of the South China Sea went into cold storage during Trump’s presidency. With Biden in power, it is back on the table