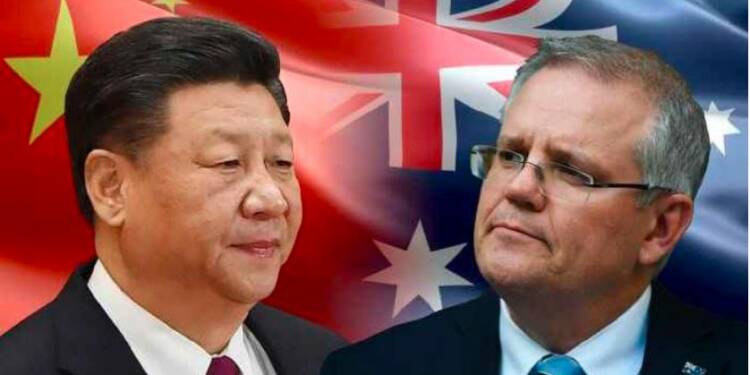 The key announcement regarding the cancellation of the Victoria Belt and Road agreement under Australia’s foreign veto laws was made by Foreign Minister Marise Payne. Australia’s Federal government also cancelled two Victorian government education agreements- one with Iran in 2004 and another one with Syria in 1999. Payne said that she considered the agreements to be  “inconsistent with Australia’s foreign policy or adverse to our foreign relations”.

The Victoria Belt and Road agreement has been cancelled by Canberra amidst the latest diplomatic face-off between China and Australia. On Wednesday, Wang Xining, the deputy head of the Chinese embassy in Canberra, accused the Australian government of “conniving with the United States in a very unethical, illegal, immoral suppression” of the Chinese telecom giant Huawei.

An animated Wang declared, “China is not a cow. I don’t think anybody should fancy the idea to milk China when she’s in her prime and plot to slaughter it in the end.” The senior diplomat added, “So we are open for collaboration and cooperation, but we’ll be very strong in defending our national interest.”

Yet, regardless of Wang’s angry rants, the Morrison government has managed to terminate the Victoria Belt and Road agreement. This is a particularly big shock for China because the Communist nation was looking to interfere in Australia’s internal matters through the Victoria deal. National security experts in Australia were worried that Beijing was using the Victoria agreement as a propaganda tool to suggest that the Victorian government had made a departure from Canberra’s China policy.

Within Australia, the Morrison government kept warning the Victorian Premier Daniel Andrews about the security risks posed by the Belt and Road agreement. Yet, Andrews did not budge. He started arguing that the deal was crucial on the ground that it would provide more jobs and economic opportunities to the state of Victoria.

Meanwhile, Beijing seems perturbed by the scrapping of Victoria’s Belt and Road deal. A spokesperson of the Chinese embassy said, “This is another unreasonable and provocative move taken by the Australian side against China.”

The spokesperson added, “It further shows that the Australian government has no sincerity in improving China-Australia relations. It is bound to bring further damage to bilateral relations, and will only end up hurting itself.”

China’s reaction shows that it has been considerably affected by Morrison’s $107 billion jolt. Australian PM Scott Morrison has been on a campaign to save his country from China’s obnoxious influence and cancelling the Victoria agreement comes right at the top of his many moves to hurt China.

Jail for violent protestors: Governor DeSantis has closed Florida for Minnesota like mayhem