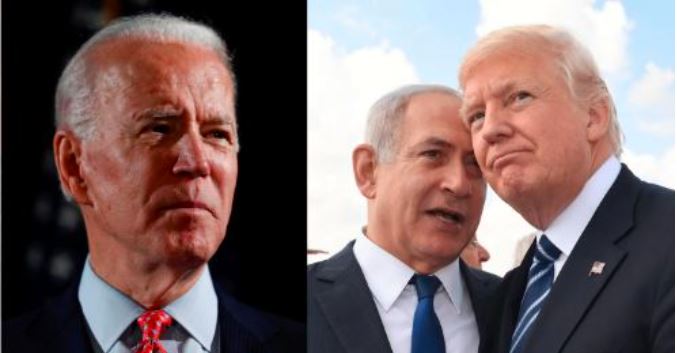 The Biden administration has been in power only for a few months, but it has already caused unprecedented damage to Washington’s foreign relations. President Biden has managed to cause a rift even in the US-Israel ties, only in order to appease the far left and radical Islamist lobby within the Democratic Party. Yet, saner sections within the Democratic Party and Republicans are now compelling Biden to return to the Trump-era arrangement with the Jewish nation.

An overwhelming majority of the House lawmakers have urged the House Appropriations Committee to fully fund $3.8 billion in American security assistance to Israel, notwithstanding opposition from progressive Democrats. The annual security assistance to Israel was authorised in 2016 as per a 10-year memorandum of understanding between then-President Obama and Israeli PM Benjamin Netanyahu. In 2020, the funding was codified into federal law by virtue of the US-Israel Security Assistance Authorization Act (UISAAA).

Rep. Ted Deutch (D-Fla.) and Rep. Michael McCaul (R-Texas) led a group of 328 lawmakers in a letter to the House Appropriations Committee.

The lawmakers wrote, “Congress is committed to maintaining Israel’s qualitative military edge and its ability to defend itself, by itself, against persistent threats. Our aid to Israel is a vital and cost-effective expenditure which advances important U.S. national security interests in a highly challenging region.”

They added, “For decades, Presidents of both parties have understood the strategic importance of providing Israel with security assistance.”

The urgent letter has been sent to the House Appropriations Committee in face of a dangerous attempt by progressive Democrats to sabotage US-Israel ties.

Rep. Betty McCollum (D-Minn.), chair of the House Appropriations Subcommittee on Defense, introduced a legislation last week that proposed to prohibit US assistance to the Jewish nation from being used in detention of Palestinian children in the West Bank, destruction of Palestinian property or for supporting annexation of Palestinian territory.

The letter, written by 328 lawmakers, however, reminded, “President Biden has stated, ‘I’m not going to place conditions for the security assistance given the serious threats that Israel is facing, and this would be, I think, irresponsible’.”

The letter urged, “Reducing funding or adding conditions on security assistance would be detrimental to Israel’s ability to defend itself against all threats. We urge you to fulfill our commitments as agreed to in the 2016 MOU as codified by the UISAAA, and in accordance with all U.S. laws.”

Therefore, an overwhelming majority of House lawmakers understand the need to strongly back former President Donald Trump’s policy of giving full support to Israel in the Middle East region. After all, the Jewish nation faces a diversity of threats in the region including Iran, Turkey and Palestine.

From an American perspective, it is the alliance with Israel that keeps the US relevant in the Middle East. So, the US must avoid annoying Israel. Even recently, we observed how the rift between the Biden administration in the US and Netanyahu government in Israel led to closer relations between Israel and Russia.

As such, if the US starts troubling Israel with actions like reduction in security assistance, the Jewish nation will have no qualms in letting Russia take the lead role in the region, by diverting US-bound high-level intel to Moscow if need be. Russia is also giving Israel a free hand to deal with Iran and its proxies, which means any friction in US-Israel ties will automatically bring Jerusalem and Moscow closer.

Losing Israel and its leadership role in the Middle East to Russia would be a monumental failure for the Biden administration, and he simply cannot afford it at any cost. Biden is thus being compelled to continue Trump’s Israel policy, not just by the Republicans but also by the lawmakers of his own party.