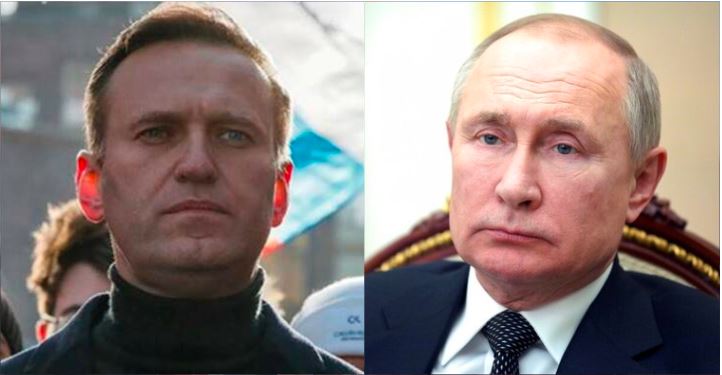 There are a few things in the world that cannot be changed. Russia’s President is one of them. Vladimir Putin is here to stay as the Russian President and the West made a very big mistake by trying to rally behind Kremlin critic Alexei Navalny.

US President Joe Biden and other Western leaders like German Chancellor Angela Merkel tried to capitalise upon Navalny’s opposition campaign against Putin. They were probably hopeful of a regime change in Moscow. However, Putin is now winning the big battle against jailed opposition leader Alexei Navalny, whose movement against the Russian President seems to be losing steam.

As per NYT, associates of Alexei are disbanding his nationwide network of 40 regional offices. Leonid Volkov, one of Navalny’s aides, said that the move became inevitable given how Moscow has been stifling political dissent.

Volkov said, “Alas, we must be honest: it’s impossible to work under these conditions.” He added, “We are officially disbanding the network of Navalny offices.”

Russian authorities have actually imposed a wave of restrictions on Navalny’s organisations, which has made it practically impossible for them to operate in Russia. Ivan Zhdanov, the group director of Navalny’s Anti-Corruption Foundation (FBK) said that on April 27, a Russian court imposed sweeping bans on the group. He said that FBK has been banned from posting content on the internet, accessing State media, organising demonstrations, participating in elections and using bank accounts.

Meanwhile, the Russian court has designated FBK and Navalny’s nationwide network of regional campaign offices as extremist organisations. Now, Navalny’s organisations would be put at par with other organisations like the Islamic State group and Al-Qaeda in Russia.

Moreover, once his organisations are labelled extremist organisations, then even the faintest of support to the Kremlin critic will get criminalised. The members will also have to face lengthy prison terms, as the activities of Navalny’s organisations will get outlawed.

Also, Russian authorities have asked the Kremlin critic’s offices to halt their activity, as the Court is still deciding whether to ban them with an ‘extremist’ designation.

Navalny himself has sought to continue opposition against Putin, even from prison. In an online court appearance, he vowed to keep fighting the “emperor with no clothes” in the Kremlin.

But does Alexei Navalny’s continued opposition against Putin even matter? Make no mistake, he might continue his fight against Putin but his movement has no real support. Navalny’s associates have realised that there is no sense in operating his organisations any further. And as such, the Kremlin critic stands abandoned.

From the very beginning, it seemed clear that Putin would ultimately succeed in overpowering his critics. As for the Western world, it was betting on the wrong man. The Biden administration was warning Russia of consequences if anything happened to Navalny in Russian custody. But now we know that Putin never really wanted to eliminate the Kremlin critic, rather Moscow has systematically extinguished his organisations.

Putin has outfoxed both Navalny and the Western world. Alexei Navalny lives on, so there are no “consequences” against Moscow but his political campaign against Putin is definitely dead.

Full of loopholes: Biden’s tax plan to fulfill his Infrastructure push will make US poor and debt-ridden