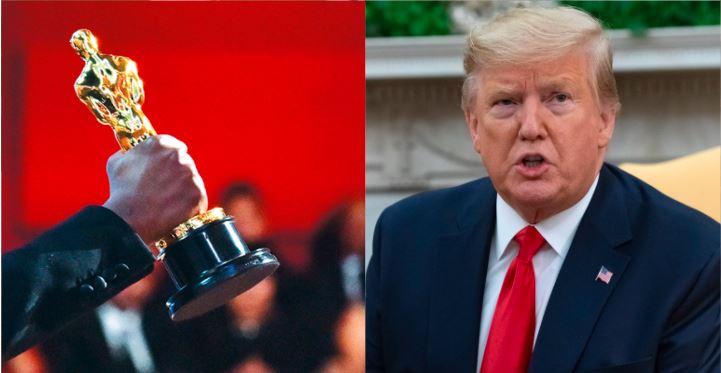 Oscars used to be the most cherished awards ceremony, not only in the US but across the world. Yet, no one wants to watch this awards ceremony any longer. The 93rd Academy Awards has turned out to be the least-watched and lowest-rated Oscars ever. In fact, the Oscars barely managed to cross the 10 million mark this time around.

So, what makes the Oscars pathetic and practically unwatchable? Well, for starters, people want to see an awards ceremony but the Oscars have been reduced to cringe-worthy political propaganda or a promotional event dedicated to the Democratic Party. Yet, even more, cringe-worthy and unfunny are the annual tirades against former US President Donald Trump.

Trump himself has lambasted Oscars for their shrinking charm. He said, “What used to be called The Academy Awards, and now is called the ‘Oscars’ —a far less important and elegant name—had the lowest Television Ratings in recorded history, even much lower than last year, which set another record low. If they keep with the current ridiculous formula, it will only get worse—if that’s possible.”

The former US President added, “Go back 15 years, look at the formula they then used, change the name back to THE ACADEMY AWARDS, don’t be so politically correct and boring, and do it right. ALSO, BRING BACK A GREAT HOST. These television people spend all their time thinking about how to promote the Democrat Party, which is destroying our Country, and cancel Conservatives and Republicans. That formula certainly hasn’t worked very well for The Academy!”

Trump is right. The Oscar awards themselves are getting politicised and the ceremony too is becoming an extension of the Democratic Party’s propaganda. Let us put it bluntly- an average viewer doesn’t like this.

Tucker Carlson, a popular Fox News host, said, “The Academy Awards have announced that by 2024 all feature films will need to meet several ‘diversity’ requirements in order to win Best Picture. To satisfy the Academy, filmmakers can hire an African-American or Native American lead actor or, among many other things, they can ensure that at least 30% of the film crew has ‘cognitive or physical disabilities’.”

So, will the Oscars be promoting quota-based art? We are sorry to say but this has Joe Biden and Democrats written all over it. Art dies when it becomes blatantly political. Why can’t art remain art? Why should a particular movie only be eligible for the premier award if the cast composition is designed in a particular way?

Anyhow, we swing back to the ceremony. Gad Saad, a leading Evolutionary Behavioral Scientist, tweeted, “As is the case every year, I won’t watch a minute of the #Oscars but I’d like to predict what was said: “F**k Donald Trump. Joe Biden knows science. Climate change can’t be addressed without tackling systems of whiteness, transphobia, racism, and misogyny. Gross white men must be defeated to allow filmmakers of color, photographers of color, actors of color, producers of color, and executive producers of color to flourish. Solar panels are the future. F**k Trump.” How did I do?”

And Saad’s tweet explains why no one wants to watch the Oscars. The US has many GOP/ Trump supporters. Why will they watch such an unprovoked political tirade? And then, the fence-sitters or moderate Democrat supporters too would find a political rally at the Oscars somewhat uninteresting. So, finally, you are left only with a small far-left audience, which has an endless appetite for bashing Trump.

Hollywood is itself not very welcoming for Republicans and Conservatives. Larry Elder, a bestselling author and nationally syndicated radio talk show host, quoted a well-known, prominent and successful Hollywood Conservative as saying, “The tolerant people who love everybody will destroy you if you disagree with them. It’s ridiculous and scary, but it’s real, and I doubt most people outside of LA would believe to what extent. You could be a criminal or an illegal alien or a Palestinian terrorist, and they (Hollywood) would leap to your defense and support your rights. But g-d forbid you’re a Republican or a Trump supporter. You’re the enemy, and they’re blatantly against you and proud of it.”

In 2008, when asked whether the town is hostile to conservatives, Kelsey Grammer said, “Are you kidding me? Of course it’s true.” Grammer added, “I wish Hollywood was a two-party town, but it’s not.”

If you are a Conservative and don’t hide that, you have no place in Hollywood. This hostility against the Conservatives clearly gets spilled over into the Oscars. But this is harming the popularity of Oscars now. No one likes the distasteful politicisation of what was once a premier awards ceremony and this shows up in its dipping popularity.