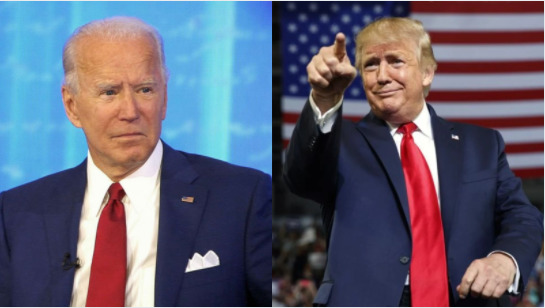 The Trump era was a nightmare for the Chinese Communist Party, and the Trade war it had pursued was highly effective against Beijing. However, the new Biden administration is not only not pursuing a hardline approach, but also providing Xi Jinping all the space to offset any and every impact that China has felt due to the containment strategy of previous President Donald Trump. After the first 100 days of Joe Biden’s presidency, the outlook for US-China trade ties remains bleak. Despite a requirement in the phase one trade agreement signed in January last year that negotiations take place every six months, no meetings have been scheduled between US Trade Representative Katherine Tai and Chinese Vice-Premier Liu He. The last time the two parties spoke was in August. US exports to China increased in the first quarter, a rare bright spot in US trade, but Chinese imports from the US fell short of the targets set in the agreement.

The foreign policy of the United States has seen a sudden change, however, the sad part is it was not for the better. As per a Reuters report, while trade will be a part of President Joe Biden’s overall negotiation policy with China, it won’t be the driving force in Sino-U.S. relations, as it was under former President Donald Trump, a former official at the Office of the U.S. Trade Representative (USTR) said early in February.

In short, the new Biden administration’s approach towards China will not prioritise the trade imbalances and the malpractices of the Chinese Communist Party vis a vis its trade policies. While this was being predicted for a very long time, it was not believed that the administration will be so overt about the change in foreign policy. By this action, the USA has expressed its inclination to give China a free hand in Asia and in a way has accepted the Chinese supremacy in the region.

China seems to be happy with this approach by the Biden administration. In China, events were held in Beijing and Shanghai to mark the 50th anniversary of ping-pong diplomacy, which led to President Nixon’s 1972 visit and eventually to the normalisation of bilateral relations. Senior officials talked up the need to cherish the relationship which had been hard-won over decades, and called on US companies to exert influence on Washington to remove tariffs on Chinese products and stop supply cuts to China’s tech companies.

A US business source said both sides wanted to keep the deal – agreed under the previous US administration – but there were doubts over whether there would be any new discussions about it. The Chinese government report to last month’s National People’s Congress, presented by Premier Li Keqiang, said Beijing would “promote the growth of mutually beneficial China-US business relations on the basis of equality and mutual respect”.

Shi Yinhong, a professor with international relations at Renmin University, said there had been no sign of when and what to talk about in terms of possible changes to the trade deal amid the heightened rivalry between the two countries. “Biden has exerted much larger pressure on China than his predecessor,” he said. “We are seeing the start of a new and complicated cold war.”

“Trade has dropped from the priority on the table. The US is not only decoupling on hi-tech from China but taking a step further to contain China’s home-grown innovation efforts,” Shi said. Yan Xuetong, head of the International Relations Institute with Tsinghua University, said in an interview with Chinese domestic media that economic relations had lost their influence in shaping the overall bilateral relationship. China should keep going global and also continue to welcome “foreign capital, talents, technology and thoughts” so as to better counter Biden’s challenge, he said.

The trade deal of the last year by the Trump administration came after a lot of arm twisting of the Chinese Communist Party and it was highly beneficial to the USA. However, the Biden administration is showing its ineptness and leadership void by sitting on its implementation and putting it on a backburner.