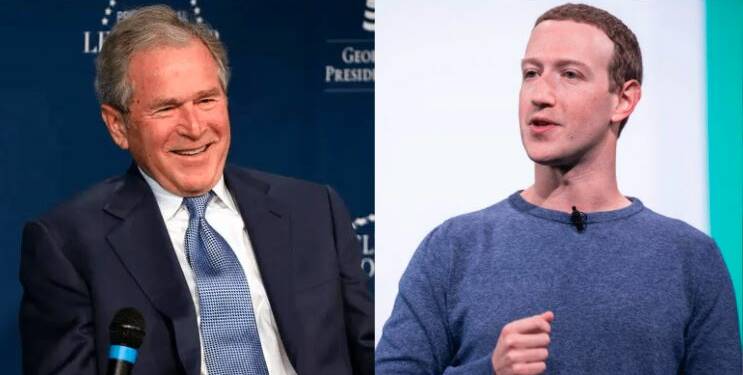 What does an American expect out of the Republican Party? Protecting the States from a migrant surge, right? But what if we told you that an ex-President belonging to the GOP is looking to open the floodgates of mass immigration. Well, this is exactly what former US President George W. Bush, a Trump-hater within the Republican Party, is doing. In fact, Bush has teamed up with two organisations owned by Facebook founder Mark Zuckerberg in a bid to push for mass immigration and amnesty for illegal aliens.

Typically, such policies favour the far-left lobby inside the Democratic Party. But here you have a Republican putting all his weight behind pro-immigration policies.

Bush has remained politically dormant after his Presidential tenure ended in 2008. But last month, he actually made a fresh bid to encourage immigration. The former US President did not directly mention Trump, but his remarks did seem critical of Trump’s immigration policy.

In an April 22 interview, Bush said, “The problem with the immigration debate is that it, one, can create a lot of fear. ‘They’re coming after you.'” Speaking about the Trump era, the former US President said, “The country was very divided during that period of time. And, you know, as a result, he (Trump) wasn’t reelected.”

In the same interview, Bush also disclosed that “the Bush Center is spearheading a reform movement” which addresses mass migration. One of the organisations listed amongst “Program Partners” listed on George W. Bush Presidential Center’s immigration policy page is the Chan Zuckerberg Initiative. This Initiative is, of course, owned by Mark Zuckerberg himself.

The Initiative’s official website states, “The Chan Zuckerberg Initiative was founded in 2015 to leverage technology, community-driven solutions and collaboration to help solve some of society’s toughest challenges.  Our mission is to build a more inclusive, just, and healthy future for everyone.” Working with Bush to encourage amnesty for illegal immigrants entering the US is a part of Chan Zuckerberg Initiative’s  “mission”.

Bush has also joined hands with another one of Zuckerberg’s charitable organisations- FWD.us. In the past, FWD.us has condemned the US immigration policy has described it as “harmful immigration and criminal justice systems [that] have locked too many people out from the American dream.”

Moderate Republicans like Bush are therefore pushing such immigration policies which would otherwise be associated with the Democrats. Such moderate GOP leaders were in charge when the Republican Party reached its nadir prior to 2016. And it was Trump who brought the Grand Old Party (GOP) back from the dead.

Now, it seems that the moderate Republican group is making yet another attempt to hog the limelight, especially with Biden’s latest push to encourage immigration.