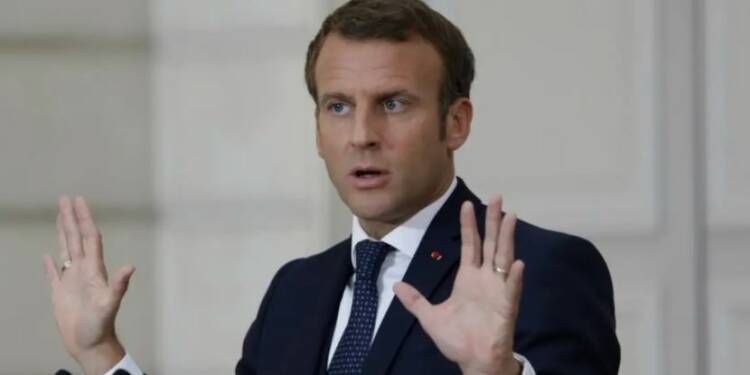 French President Emmanuel Macron rose to eminence as a left-liberal hero, but he has gradually grown into a legendary statesman. Macron has been trying to make France the biggest European power with a big impact on other parts of the planet. It is therefore only appropriate that Macron decided to commemorate Napoleon- the most successful French emperor in terms of territorial expansion, on his bicentennial death anniversary.

It is the first time since 1995 that a French President is recognising Emperor Napoleon Bonaparte’s legacy. From 1995 to 2007, former French President Jacques Chirac abhorred Napoleon and avoided the 2005 bicentennial celebration of his big victory at Austerlitz. Chirac’s successors- Sarkozy and François Hollande too avoided Napoleon. But a bold Macron is not the one to ignore French history. In fact, Macron used the opportunity to draw subtle parallels between himself and Napoleon.

Napoleon is the greatest French emperor to date in terms of territorial expansion and establishment of French State institutions like France’s penal and codes, administrative system of prefets, appellate Courts and Lycee high schools which are functional even today.

Napoleon Bonaparte remains a military genius, because of whom the French empire spread its power all across Europe before the emperor got defeated by the British at the famous Battle of Waterloo. Known as “Little Corporal” Bonaparte rose to power in 1799 after engineering a coup that abolished the first French Republic.

In 1805, Napoleon successfully fought the Battle of Austerlitz that resulted in the elimination of the Holy Roman Empire. Later, Napoleon tightened his grip over Europe after knocking out the erstwhile State of Prussia at the Battles of Jena and Auerstedt. He also defeated the Austrians in the Battle of Wagram, and also dived into Eastern Europe, by annihilating Russians in 1807.

Yet, the modern-day left liberals in France tend to gloss over Napoleon’s legacy. They try to judge what Napoleon did in the early 19th century with golden scales, by applying the standards of the 21st century. In fact, there is a pattern to “cancel culture” in France which involves deracinating the French Republic from its cultural roots. It also involves undermining the legacy of Napoleon and other French leaders of the past by dismissing them as racists or slave traders.

Yet, in his commemoration speech, Macron said, “Commemorating this bicentenary is saying simply, serenely, without giving in to the temptation of the anachronistic trial that would judge the past with the laws of the present, but rather retracing what we are as French people.”

In fact, Macron’s speech commemorating the bicentennial of Napoleon’s death was full of symbolism. It was a reflection on how Napoleon remains imbibed in the French spirit and at a political level, it strongly hinted at Macron’s ambition to replicate the geopolitical successes achieved by Napoleon. And then, there was a sense of unavoidable comparisons between Macron and Napoleon.

Macron said, “It is an enlightened commemoration, to look our history in the face and as a bloc and say as a nation what Napoleon says about us and what we have done with him.”

In a speech marked by implicit analogies, the French President said, “The life of Napoleon is firstly an ode to political will, to those who believe destinies are frozen, lives are written in advance, the journey of the child from Ajaccio who became the master of Europe clearly demonstrated that one man can change the course of history.”

Macron chose to describe Napoleon as a “child from Ajaccio”, which quite clearly reflects how Macron is the youngest French President and the youngest head of the French State since Napoleon Bonaparte.

Just like Napoleon grew up in Ajaccio, but later took over the French State at a very young age, Macron too grew up outside Paris. Yet, the French President managed to set up his own political party and storm to power at an age of 39 years.

Macron is a risk-taker just like the “Little Corporal”. The French President himself said, “We love Napoleon because his life carries in it the promise of what is possible, an invitation to take risks.”

At the risk of sounding far-fetched, one can notice that Macron is growing into an impressive military leader on the lines of Napoleon. Now, of course, Macron wouldn’t be invading countries with a sword in his hand. But he has shown a tendency to engage bullies like Turkish President Recep Tayyip Erdoğan by deploying the French military in a tactical manner.

Also, the French military is fighting Islamist terrorism in the Sahel region of Africa under Macron’s leadership. Apart from this, Macron has shown a tendency to make France a truly global power. He is ready to make the French Navy a part of the multilateral effort to push back against Chinese belligerence in the Indo-Pacific.

Macron has thus shown that he is going to revive France’s past glory. He will make France great again and by commemorating Napoleon’s bicentennial death anniversary, the French President has clearly transformed into a legendary statesman.