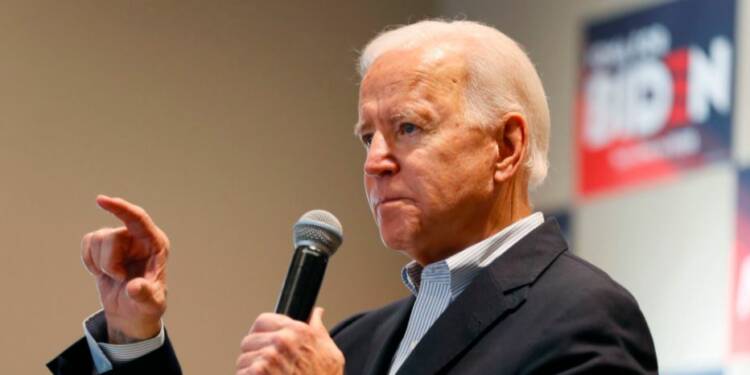 Joe Biden and his courtiers are doing everything except what is needed to be done to deal with the gargantuan flow of illegal immigrants from the Mexican border. The Biden administration, just to feed the hate towards former President Donald Trump scrapped the Border wall project. However, since then it has not been able to find an alternative solution to the problem. It has now gone into denial and has moved the goalpost to the Central American countries.

The Biden administration plans to release a list of corrupt Central American officials by the end of June who may be subject to sanctions, a US special envoy told Reuters, as Washington seeks to cut back on a root cause of increased migration to the US-Mexican border. President Joe Biden’s point man for Central America’s Northern Triangle countries of Guatemala, Honduras, and El Salvador, Ricardo Zuniga, also said the administration was seeking additional sanctions against officials in the area for suspected corruption under the Global Magnitsky Act.

Officials in the United States see corruption as one of the key drivers of the migrant surge, along with poverty, gang activity, and the aftermath of last year’s hurricanes, and want to ensure that a $4 billion aid package being put together for the area does not fall victim to graft. “That’s the mandate from Congress. We have a responsibility and we’re going to meet it,” Zuniga said in an interview on Wednesday. “That tracks with our commitment to defend those who are combating impunity,” he added.

Immigration has been one of the biggest issues for the Biden administration. The recklessness and the ineptitude displayed to reverse the border policies of the previous administration has engulfed the southern states into a full-blown crisis. Besides, this is a major issue and needs an immediate, quick and decisive response which the President should have addressed directly, but knowing Joe Biden’s capabilities, or lack of it, appointing Kamala Harris in charge was not a bad idea. But she seems to not care at all about the crisis.

Read more: Biden wants Kamala Harris to solve the rampant border crisis but she’s not keen on cleaning up his mess

Harris’s office said that she would be working closely with other members of the cabinet including the Secretary of State, the International Development Administrator and the Northern Triangle Special Envoy. However, now the very government and the very representatives are trying to force the Northern Triangle countries with plans of imposing sanctions on their officials and representatives.

Given the geographic proximity and historical ties, Central American officials could be more likely to have assets in the United States than officials from countries with less financial ties to the United States. Another avenue for sanctions in Central America may be the use of so-called Global Magnitsky Act sanctions, which the US has placed for years on those guilty of corruption, human rights violations, and anti-democratic behaviour around the world.